By Zhang Lijun and Mo Yelin 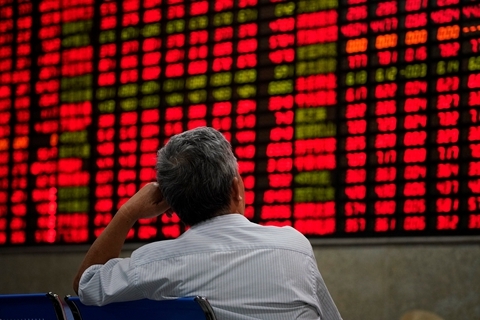 China is set to end the years-old practice of verbal guidance as a way of regulating its stock market, in an effort to reduce trading interventions and create a fairer environment for investors.

The Shanghai Stock Exchange said in a statement (link in Chinese) Friday that it would no longer use this practice, known as window guidance, to “reduce trading obstacles and unnecessary interventions, so that the market can have a clear view of what to expect from regulators.”

The news came days after China Securities Regulatory Commission issued a statement saying it would reduce “unnecessary intervention” in the markets – a move widely seen as an attitude shift by regulators in response to recent market volatility. China’s stock markets have slumped this year as investors have grown increasingly concerned about the outlook for economic growth amid the deepening trade tensions with the United States.

The Shanghai Stock Exchange said in the statement that it would largely hold back from restrictive measures such as suspending trading accounts. Instead, when it comes to activities such as excessive speculation, it would mainly turn to sending letters to its members urging them to point out trading risks to investors.

However, the Shanghai bourse said the policy change isn’t about “whether regulations are loose or strict” as investors still have to comply with legal rules and normal trading conventions.

Verbal guidance has long been employed in China in times of major market fluctuations alongside measures, such as restrictions on trading, aiming at stopping massive stock buying or selling episodes. However, this has drawn complaints from some investors, who charge regulator’s actions sometimes favor one party over another.

Verbal guidance was widely employed between mid-2015 and early 2016, when Chinese stock markets experienced a significant bout of turbulence. Some analysts argue that a series of restrictive trading measures implemented at that time led many listed companies to seek funding by pledging their shares as collateral to get loans from brokerages and banks – a high risk funding channel when stock prices fall, as they have this year.

The crisis this year caused by the drop in value of pledged shares, requiring corporate borrowers to put up additional collateral, has contributed in part to a deepening slump in profits at the country’s listed securities firms.