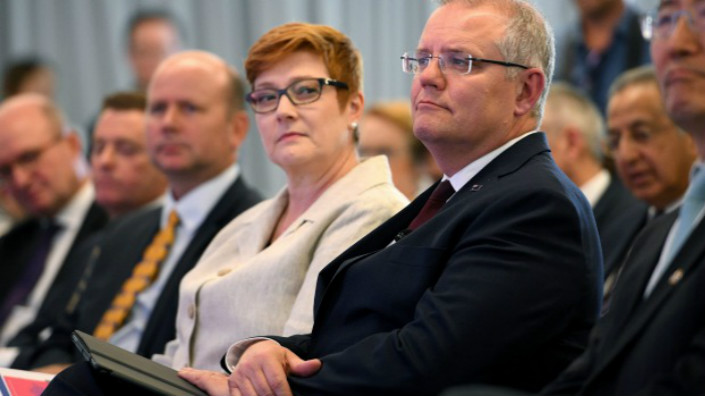 (AFR) — Australian Foreign Minister Marise Payne will meet her Chinese counterpart in Beijing on Thursday in the latest sign of a thaw in Australia’s relationship with its biggest trading partner.

Payne will visit China from Wednesday to Friday this week for a formal strategic dialogue between the two countries.

It will be the first time an Australian foreign minister has visited China since a frosty meeting between Payne’s predecessor Julie Bishop and China’s Foreign Minister Wang Yi in February 2016.

The meeting is seen as a breakthrough in Australia’s strained relationship with Beijing over the past 18 months which saw Beijing refuse visas for some officials. Trade Minister Simon Birmingham is also in China this week for Xi Jinping’s import expo in Shanghai.

“I am looking forward to discussions with Minister Wang to enhance bilateral understanding and cooperation across the full range of Australia’s interests, spanning strategic, economic and people-to-people connections,” Payne said in a statement on Monday.

“The Australian government is committed to a constructive relationship with China, founded on shared interests and mutual respect.”

China’s Foreign Ministry confirmed on Monday that Payne would visit China for the fifth Australia-China Foreign and Strategic Dialogue.

Her visit will break a drought in official Australian ministerial visits to the Chinese capital since relations between the two countries soured 18 months ago.

China gave its strongest signal yet in September that it was willing to rebuild a relationship with Canberra under the Morrison government after Payne met Wang on the sidelines of the United States General Assembly in September.

“China has noticed the new government is willing to take an active China policy and we hope the Australia-China relationship can learn from previous lessons and get back on track to sound development,” Wang was quoted as saying at the time.

Prime Minister Scott Morrison described Australia’s economic relationship with China as “vitally important” in a foreign policy address last week. He is due to meet China's leaders on the sidelines of the East Asia Summit in Singapore and the Asia-Pacific Economic Cooperation summit in Papua New Guinea, in mid-November.

China’s anger over foreign interference laws saw the relationship sour under the Turnbull government although Beijing welcomed a conciliatory speech by the former prime minister in August. Tensions between Australia and China still remain, however, with foreign investment decisions and the South China Sea still contentious points of differences between the two countries.

A delegation of 150 Australian exporters are in Shanghai this week for Mr Xi’s signature trade fair. Beijing has signaled it is keen to improve ties with other trading partners as Washington embarks on a trade war with China.

“The dialogue is an opportunity to discuss how we can strengthen cooperation and ensure we continue to advance regional security and prosperity in this period of rapid change,” Payne said.