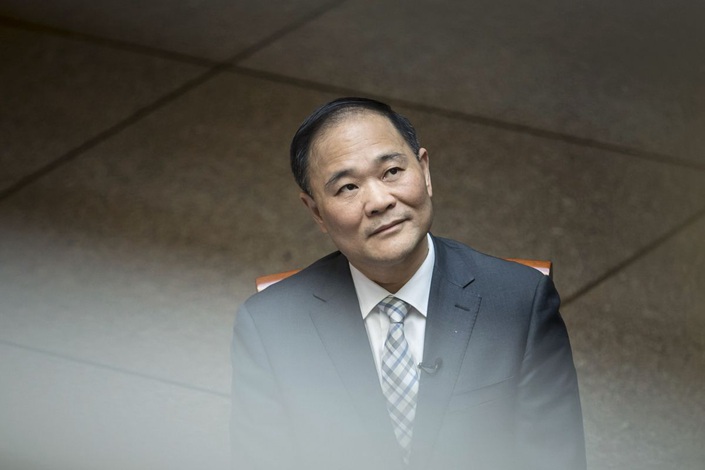 (Bloomberg) — Chinese billionaire Li Shufu spent the past decade expanding his auto empire buying Volvo, a stake in Daimler AG and a startup that is building flying cars. Now he’s looking to reinvent the bullet train.

Li’s Zhejiang Geely Holding Group signed an agreement Tuesday with state-owned China Aerospace Science and Industry Corp. to build “supersonic trains” using homegrown technology. Under the pact, both companies will pool their capabilities to focus on developing what they call next-generation vehicles and mobility technology.

“Core technology can’t be bought,” Li said at an air show in the southern Chinese city of Zhuhai. “The more you use others’ technology, the more reliant you become. We have to innovate on our own. The journey will be tough but the prospects are promising.”

CASIC has form when it comes to futuristic train visions. The Chinese aerospace company said last year it would explore making an ultra-high-speed flying train that would use a combination of magnetic levitation and vacuum tubes and reach speeds far exceeding the Concorde jet’s maximum speed of 1,350 miles an hour. Though the idea has been greeted with skepticism, CASIC Chairman Gao Hongwei said in Zhuhai on Tuesday that he envisages a train system that could zip from Beijing to Paris in three hours.

The plan has echoes of the hyperloop transport concepts that have attracted the interest and backing of billionaires such as Elon Musk and Richard Branson. They have a more modest speed target of 750 miles an hour. Ever since Musk proposed the first hyperloop idea five years, a few companies have plowed money into making the technology — which uses pods in low-pressure tubes — into a reality.

The technologies developed out of the partnership will help Geely to advance the fields of new energy vehicles, automotive safety and new materials science, according to the statement.

Li is extending his empire beyond cars into a variety of areas, from low-orbit satellites to microchips used in autos and flying cars. His holding group last year announced it would buy Terrafugia Inc., which is trying to bring a flying car to market in 2019. The U.S. company, which was founded by five Massachusetts Institute of Technology graduates, also plans to deliver the first vertical take-off and landing car by 2023.

Li bought Volvo Car Group in 2010 and turned it around and is now the largest shareholder in Daimler.