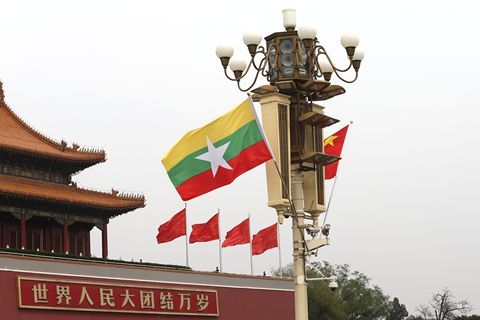 China and Myanmar are moving ahead with a China-backed deep-sea port project in Kyaukpyu, 250 miles northwest of Yangon, following nearly three years of twists and turns.

Myanmar officials and Chinese investors are scheduled to sign a framework agreement for the Kyaukpyu port project Thursday in the capital city, Nay Pyi Taw, a spokesman at Myanmar’s Ministry of Commerce told Caixin.

A consortium led by China’s state-owned investment conglomerate Citic Group won a tender to build the port in 2015. It was part of a broader project for the Kyaukpyu special economic zone launched by Myanmar’s former President Thein Sein. Total investment in the port was estimated at more than $7 billion, of which China could account for as much as 85%, according to the original agreement.

But the project was held up after elections in 2015 ended Myanmar’s military rule and the new government had concerns about financing, equity and debt issues related to the project.

China-led investment under the Belt and Road Initiative has faced increasing scrutiny in neighboring countries out of concerns over potential debt-related risks. In early October, Pakistan cut the size of a key Chinese railway project by $2 billion, citing debt worries.

In August, Malaysia’s newly elected Prime Minister Mahathir Mohamad announced that more than $23 billion of Chinese projects, including railways, were “canceled for now.”

In May this year, several international media outlets reported that the Myanmar government launched a re-evaluation of the port project because of concerns that it might put Myanmar heavily in debt to China.

But the freeze apparently thawed after the two countries signed a memorandum of understanding in September to establish the China-Myanmar Economic Corridor as part of the Belt and Road Initiative. The Kyaukpyu port is the first project to move forward under the accord.

In October, China and Myanmar also resumed feasibility studies on building a railway line from the border to the city of Mandalay four years after the Myanmar government shelved the proposed route.

The Kyaukpyu port is located at the west end of the 1,700 kilometer corridor that will connect Kunming, the capital of China’s Yunnan province, to Myanmar’s major economic hubs. Under the September memorandum, the governments agree to collaborate on infrastructure, manufacturing, agriculture, transport, finance, research and technology.

According to Aung Naing Oo, director of Myanmar’s Investment and Company Administration (DICA), the Chinese consortium will take a 70% stake in the port project with the remaining 30% split between the Myanmar government and a consortium of local businesses. The Myanmar stake was increased from the previously agreed 15%.

The local newspaper Myanmar Times cited deputy commerce minister U Aung Htoo last week as saying that the port project will be carried out in four phases. The first-phase construction of a terminal with capacity for two to three vessels will involve initial investment of $1.3 billion, down from a previous estimate of $1.6 billion.

Citic Myanmar’s Yuan said the framework agreement will be just the beginning of a lengthy procedure before construction starts, including the signing of several related contracts and regulatory approvals.