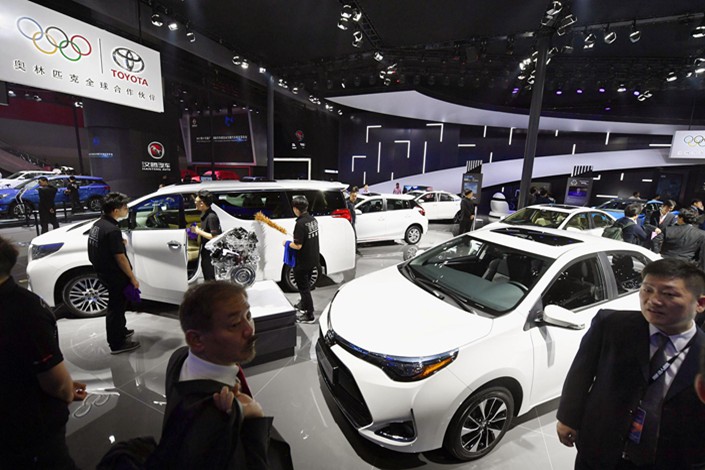 An official at a government research body has warned that China’s car market is experiencing its biggest crisis in two decades — a trend he said will be hard to reverse even with incentives such as tax cuts.

This is the first time a government source has made such a public warning, after statistics showed that China’s total car sales this year could see the first annual decline since 1998.

The remark was made by Xu Changming, a vice president at the State Information Center, a policymaking think-tank affiliated to the National Development and Reform Commission, China’s top economic planner.

“China’s car sales have remained flat despite a relatively stable and robust economy this year. It is breaking away, for the first time, from a normal pattern in which car sales usually go along with economic growth,” said Xu at an industry conference in Beijing late last week.

Xu’s comment came ahead of figures released by the China Passenger Car Association on Thursday, which revealed that passenger-car sales in October dropped 13.2% year-on-year to 1.98 million units. For the first ten months of the year, sales in the world’s largest auto market fell 2.5% to 18.4 million units, bringing it closer to an annual decline for the first time since 1998.

China experienced similar monthly declines in 2015, before Beijing came to the rescue with a purchase tax cut at that year’s end, which quickly reversed the market slump.

“However, such a tax cut policy — as is widely rumored to be happening — might not be as effective this time,” said Xu.

Early last week, Bloomberg News reported that China is mulling cutting in half the tax on car purchases to 5%, leading to a temporary surge in the share prices of many carmakers, which have seen discouraging sales this year.

Xu attributed the sales drop to the “structural shift” of the Chinese economy, whose growth declined most in smaller cities or towns – the main source of growth in car sales in recent years. This, he said, combined with surging real estate prices, meant that people have avoided buying big-ticket items.

Still, Xu said he is optimistic about market development in the long term, arguing that the number of passenger vehicles per person in China is still way lower than in more developed markets.