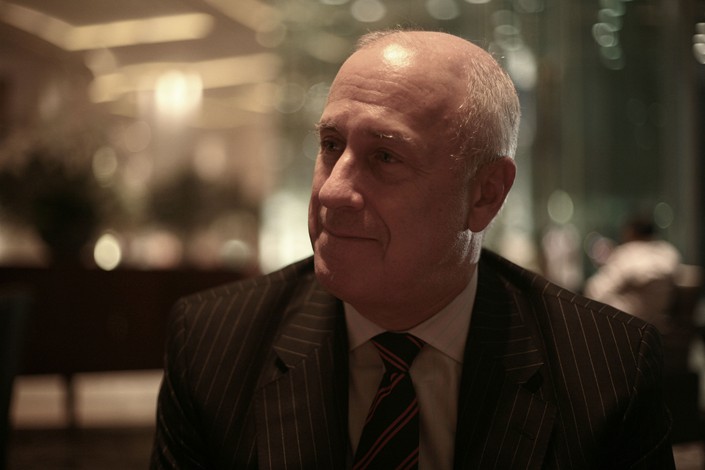 As the polls closed on the day of the midterm elections in the United States, where the Democrats won back a majority in the House of Representatives and the Republicans strengthened their majority in the Senate, Caixin sat down with Douglas Paal, vice president of studies at the Washington, D.C.-based Carnegie Endowment for International Peace, a renowned foreign-policy think tank, to discuss the future of U.S.-China relations.

Paal is a longtime China watcher, having served as the director of the American Institute in Taiwan from 2002-06 and on the National Security Council staffs of U.S. presidents Ronald Reagan and George H.W. Bush from 1986-93.

Paal told Caixin of his views on U.S. President Donald Trump’s handling on the U.S.-Taiwan relationship and advocated for the negotiation of a U.S.-Taiwan free trade agreement. He expressed disappointment with former U.S. President Barack Obama for being “too weak” in the South China Sea. “The U.S. was never attentive to Vietnamese and other countries’ activities in the South China Sea and only responded when China responded to them,” he said. “That was probably a little bit mistaken.”

He also said that while the U.S. does not necessarily share the same world view as other countries in the Asia-Pacific region, it would be easy to build a coalition against China. “America is a concept, so are American values. We have our people everywhere; we are based on law and values. China is based on race and culture,” he told Caixin. “We don’t need to have a fixed alliance. And if China’s behavior is not aggressive, there’s no need for a coalition.”

Below is a lightly edited excerpt of the interview.

Caixin: Everyone was watching the midterms, even in China. Do you think the result will have any effect on the foreign policy of the United States?

Paal: I would say that the people overseas take more interest in the midterms than Americans do. But I think the point to make is that U.S. policy has been, with respect to China, forming a bipartisan consensus in recent years. And the perception of China as an economic and security — and in some circles an ideological — threat has been spreading through both parties. I think we’re likely to be on the same course of increasing confrontation.

What about in the broader Asia-Pacific region?

I think it’s possible to resist China effectively and to resist China ineffectively. And the Trump administration has chosen ineffective policy because they talk about the Indo-Pacific as if we and the countries of the Indo-Pacific all share the same values and priorities. And in fact, the administration does not share the values of Singapore or Vietnam or Burma (Myanmar) or Japan.

Now, we could mount a policy to counter China’s growing influence through so-called “balance of power,” but we’re choosing a more-confrontational approach, which means we’re isolating ourselves. When (Japanese Prime Minister Shinzo) Abe was here (in Beijing), he had a very different policy from the Trump policy, even though Japan and China have great historical differences and regional strategic differences.

We can see that Trump has given some positive signals before the midterms, including a phone call with Chinese President Xi Jinping and agreeing to meet at the G-20, and holding the China-U.S. Diplomatic and Security Dialogue. Can we interpret this as Trump wanting to ease the tension?

Well, I hope that’s the case, but I’m not at all certain. Looking at the examples of previous high-stakes confrontations with Canada, Mexico, and Korea, he talked big about transformative negotiations and throwing out bad deals, but in the end settled for very minor adjustments.

Now maybe that’s what he’s meant all along with China too — that small adjustments in the trade imbalance would be satisfactory. But in the almost two years of the Trump administration, the list of complaints about China has grown and grown and grown, and the hard line has set across the administration from education to investment to security to trade. And I think for Trump to think that just a quick deal on trade problems or a few other local issues was solved doesn’t seem consistent with the rest of the things his administration says. It’s not impossible, but I think the chances are relatively small.

Besides trade, we’re also thinking about Taiwan and the South China Sea. What do you think will happen there next?

Well, we do know that within every level of the Trump administration, there are people who want to do more with Taiwan than Beijing will be able to accept. I’m a 40-year China watcher, and I’ve never been so confused about what the direction of policy will be.

But Trump has been acting with restraint since he became president. The NSC (U.S. National Security Council) recommended three cabinet officers go to Taiwan in June for the opening of the new American Institute in Taiwan, and Trump didn’t allow any of them to go.

Are you optimistic about the future of U.S.-China relations?

I have a new big paper coming out which talks about this. I think that a huge part of the problem is self-confidence. China has too much self-confidence right now, and the U.S. has too little. We need a leader who can talk about how we can be self-confident, despite how rapidly China is growing and catching up in science and technology. The U.S. should self-confidently continue to develop its own science and technology, its own economy, and welcome China, you know, the rising living standards of the people of China and know that China will always be only half-welcome in its own neighborhood.

So as long as China isn’t trying to push out the U.S. from Asia, they can recognize each other as powers in the Asia-Pacific?

We have to make room for China. China has growing influence and capability, and we have to negotiate how we avoid that turning into a conflict. (Former U.S. Secretary of State Henry) Kissinger said the other day that we need to have the leaders explain their bottom lines and their red lines to each other, and then what their ambitions are. And I think that’s a very good, principled way to approach it. You need more than that, but that’s a start.

Do you think the situation on the Korean Peninsula will provide new momentum for the recovery of China-U.S. relations?

Well, it’s a complicated issue on its own merits. China’s position has actually improved over the last year, a lot, from being in confrontation with South Korea, and isolating North Korea, to having much more contact with both.

The U.S. needs to have an approach that recognizes that the alliance with South Korea is not just a transaction. And if things are handled well, China and the U.S. can come to an understanding that the Korean Peninsula can make its own future — reunited or not — (and) that they will not allow themselves to become puppets of either China or the U.S.

In the past months of the trade dispute, it seems China wants to keep the issues apart and deal with them separately, as the trade war and then as the Korean issue. But it seems that Trump has shown intent to package these things together.

I think from a conceptual basis, it’s a mistake to mix these issues. You should try to deal with them discreetly because they become unsolvable if they’re tied up with each other. I think that the almost two years that Trump has been in office, he’s proved that tying them together makes it worse rather than more susceptible to solutions. So I think my fundamental judgment is right that you want to keep these as separate as possible.