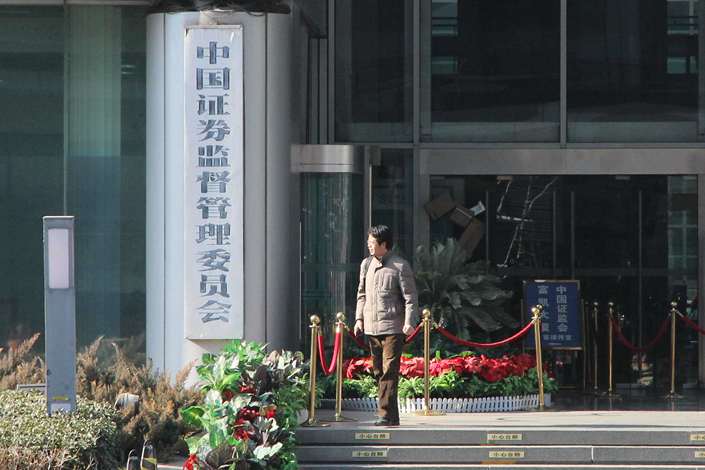 Chinese authorities have eased limits on share buybacks by listed companies and promised preferential policies to help them meet their fundraising needs, as part of their latest efforts to stabilize the stock market.

Any company whose stock price has fallen below its book value per share or has dropped a total of 30% within 20 consecutive trading days will be allowed to buy back its shares, according to a statement (link in Chinese) jointly released Friday by the China Securities Regulatory Commission (CSRC), Ministry of Finance and the State-Owned Assets Supervision and Administration Commission, the agency that oversees state-owned enterprises.

To encourage share buybacks, the government lifted a restriction on the time period companies must wait between two refinancing deals, if they had repurchased their shares and the amount of funds they intend to raise in the second refinancing plan is no more than 10 times of that of their share repurchases over the last 12 months. The standard refinancing interval is at least six months, according to the CSRC’s rules. It also promised to treat refinancing applications by these firms favorably.

The move marked the latest bid by the government to bolster China’s stock market, which has plummeted more than 20% this year as investors fretted over escalating China-U.S. trade tensions and a domestic liquidity squeeze due to a government crackdown on off-balance-sheet banking activities.

It “aims to improve the intrinsic stabilization mechanism of the capital market and facilitate its long-term healthy development,” the statement said.

Previously, share buybacks were only permitted when companies wanted to reduce their registered capital, reward employees by granting them stock, merge with another firm that holds a stake, or when a shareholder requested their shares be purchased because they object to a resolution put forward by the board regarding a merger or division of the company.

A revision to the Company Law passed late last month by the country’s top legislature, the National People’s Congress, added more circumstances in which share buybacks are allowed, including the need to “protect the company’s value and shareholders’ interests.”

The statement released by the CSRC and the other government agencies provides details on how the amendments to the law will be implemented.

Share prices of more than 300 public companies have currently dropped below their book value per share, particularly those of financial firms.

Stock buybacks have been on the increase this year. Nearly 550 companies had repurchased their shares through mid-October, with the deals worth a total of 28.7 billion yuan ($4.1 billion). That was more than the values of 2015, 2016 and 2017 combined, when buybacks totaled 9.1 billion yuan, 11 billion yuan and 5 billion yuan respectively.