By Liu Jiefei and Quan Yue 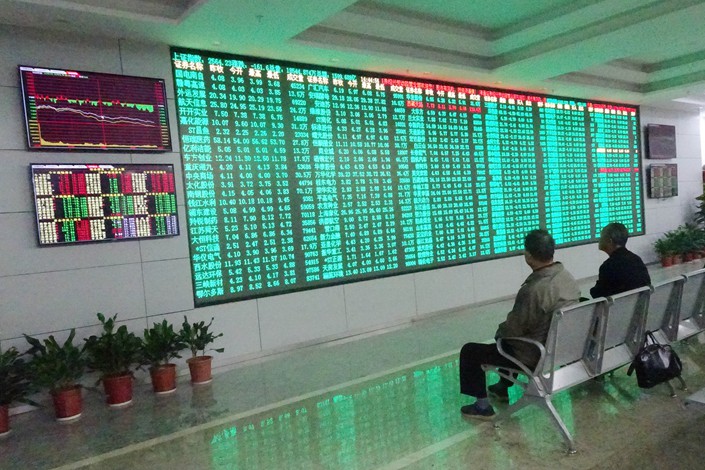 (Beijing) — Dozens of Chinese companies have launched stock buyback programs to stabilize their shares, following the worst drops in more than two years on the country’s two main stock markets.

Following sharp declines in the U.S., the benchmark Shanghai and Shenzhen indexes fell 5.22% and 6.07% respectively on Thursday, their worst one-day declines in two and a half years as investors worried about China’s economic outlook. Despite a second consecutive large drop in the U.S., China’s two main markets stabilized on Friday, with Shanghai and Shenzhen both closing higher by 0.91% and 0.45%, respectively.

Following the Thursday sell-off, about 50 Chinese companies announced stock buybacks in a bid to stabilize their prices. China Shipbuilding Industry Corp. was particularly active, completing a 500 million yuan ($72.3 million) buyback on Thursday, only to announce it was starting another buyback worth 100 million yuan to 500 million yuan the same day.

Stock buybacks have been on the increase this year, as China’s markets have sunk into bear territory on concerns about the economy. Shanghai and Shenzhen have been two of the world’s worst-performing markets in 2018, and are now down 27% and 34%, respectively, from peaks in late January.

Through Thursday, more than 756 companies had announced stock buybacks. Some 548 of those have been completed, worth a total of 28.7 billion yuan. That was more than the values of 2015, 2016 and 2017 combined, when buybacks totaled 9.1 billion yuan, 11 billion yuan and 5 billion yuan respectively.

Many companies cited market volatility in their buyback announcements.

“Stock buybacks have largely helped U.S. stock markets enter bull territory,” said Xun Yugen, chief strategist at Haitong Securities. Although buyback value has hit a record high in China’s A-share market, the average monthly buyback volume was equal to only 0.0049% of the market’s total capitalization, he said. That was well below U.S. stocks, where buybacks accounted for 0.7402% of the market cap, he added.

Beijing could announce more pro-growth policies at a faster pace, including tax cuts, further support for exporters and income redistribution measures to boost the economy, said Francois Perrin, portfolio manager for East Capital. “(The) political agenda will continue to drive market volatility in the coming weeks with U.S. midterm elections … and Brexit negotiations around the corner,” he said.

Some state media have already begun to call on Beijing to intervene more actively to stabilize the markets, something central leaders have done in the past but have largely refrained from during the latest bear market.

The state-backed Securities Times published an editorial on Friday calling for government intervention to boost market confidence. “(The government) should release positive policies and signals to investors that the government does value the stock markets,” it said.

China’s government intervention was most notable in the 2015 stock market crisis, when the benchmark Shanghai and Shenzhen indexes plunged more than 40% in four months. A team of state-backed funds bought a large amount of stock, worth an estimated 116 billion yuan, to try to stop the continuous fall of share prices.

Market sentiment is now largely dependent on future trade negotiations with the U.S., Perrin said. If negotiations go well and market confidence grows, the government won’t have to step in, he added.