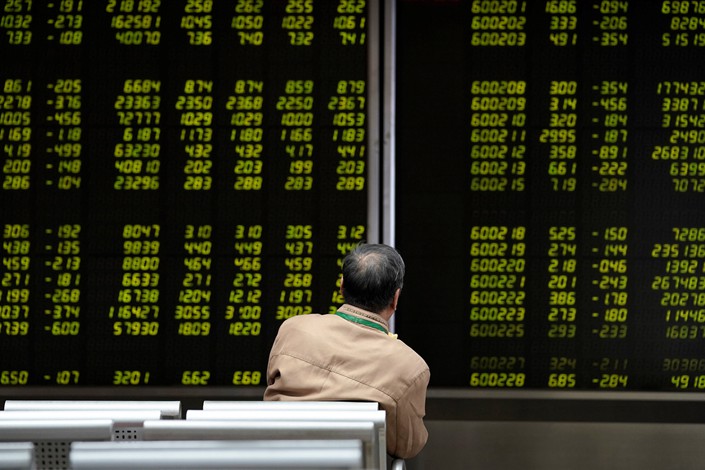 China’s stock markets fell sharply on Monday when trading resumed after a weeklong holiday, despite the central bank’s weekend announcement that it will cut the amount of money banks must keep in reserve to boost economic growth.

The benchmark Shanghai Composite Index closed down 3.72% at 2,716.51, while the Shenzhen Component Index lost 4.05%, closing at 8,060.83. China’s markets were closed all last week for the National Day holiday. But during that time Hong Kong’s benchmark Hang Seng Index fell more than 4% on a string of negative news stories about the U.S.-China relationship. The Hang Seng Index declined 1.39% on Monday to close at 26,202.57.

The People’s Bank of China on Sunday said that it will lower the reserve requirement ratio by 1 percentage point for many banks starting Oct. 15, a move expected to unleash $109 billion into the financial system to support corporate financing needs.

That announcement came as an escalating trade dispute between the U.S. and China has cast a cloud over exports from the world’s second-largest economy. Domestic demand in China is also subdued as infrastructure and property investments have slowed amid policymakers’ efforts to rein in local government debt and deleverage the financial sector to control risks. China is scheduled to publish its gross domestic product data for the third quarter on Oct. 19.

Adding to bilateral tensions, U.S. Vice President Mike Pence on Thursday renewed an earlier accusation by President Donald Trump that China was meddling in America’s democracy and elections. Beijing has refuted those claims as “groundless” and “slandering.”

On the same day, Bloomberg News reported that China infiltrated American companies with a hardware hack three years ago. The news sent Asia tech stocks down and Chinese computer maker Lenovo Group Ltd. slumped as much as 23% for its biggest loss in almost a decade before paring some of its decline by the close on Friday. Lenovo was down another 1.98% in Hong Kong at Monday’s close.

Scrutiny of Chinese tech firms in the U.S. has continued to rise.

A U.S. court last week ordered an extension to the term of a court-appointed compliance monitor for Chinese telecom giant ZTE Corp. to 2022 from 2020, following the company’s recent $1.4 billion settlement with U.S. regulators to lift a trade ban. ZTE was brought to near insolvency in April after the U.S. Department of Commerce banned exports of key American telecom products to the company for nearly three months to punish it for violating U.S. sanctions against selling technology to Iran and North Korea. ZTE shares closed down 8.14% in Shenzhen and 5.06% in Hong Kong on Monday.

On Sept. 30, the U.S. Navy ship USS Decatur and Chinese destroyer Lanzhou sailed within 45 yards (135 feet) of each other in the South China Sea, a dangerous encounter each side has blamed on the other.