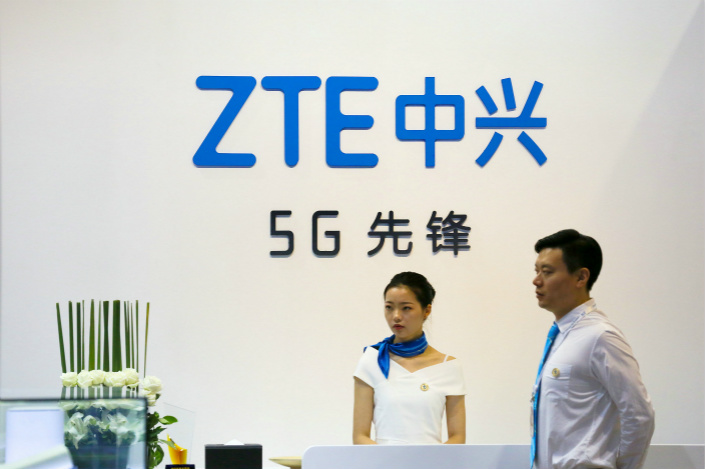 A ZTE booth at a telecom exhibit in Beijing on Sept. 26. Photo: VCG

A U.S. court has extended the term of a court-appointed compliance monitor at Chinese telecom giant ZTE Corp. from 2020 to 2022, following ZTE’s recent $1.4 billion settlement with U.S. regulators to lift a trade ban.

The U.S. District Court for the Northern District of Texas issued an order Wednesday extending the monitor’s term to March 22, 2022, while also expanding the powers of the monitor to police ZTE to the same degree as that of a second monitor appointed by the U.S. Department of Commerce in June this year, according to a statement ZTE filed to the Hong Kong exchange on Thursday.

The U.S. Department of Justice appointed a compliance monitor for ZTE in March 2017 after the Chinese company agreed to pay $890 million in fines as a result of violating U.S. sanction agreements to export technology to Iran and North Korea.

In April this year, ZTE was brought near insolvency after the U.S. Department of Commerce cut the exports of key U.S. telecom products to ZTE for nearly three months, citing violations of the compliance agreement again.

ZTE agreed in June to allow the U.S. Department of Commerce to send a monitor to watch its business practice.

The company’s business suffered greatly in the second quarter this year, with its revenue tumbling 58% to $1.74 billion, or less than half the revenue from the previous quarter. But the company said it will return to profitability in the third quarter.

ZTE was the world’s fourth largest telecom company before the April sanctions.