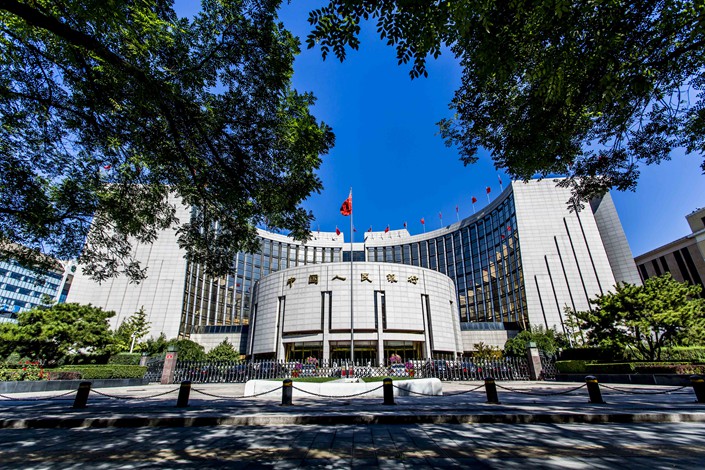 The PBOC said it will cut for most lenders the amount of cash set aside as reserves from Oct. 15. Photo: VCG

China’s central bank announced on Sunday that it will cut the amount of cash lenders must set aside as reserves from Oct. 15, freeing up additional liquidity in the banking system in a bid to support the economy.

The People’s Bank of China (PBOC) will lower the reserve requirement ratios (RRRs) by 100 basis points for most commercial banks and all the foreign banks, according to its statement (link in Chinese). Policy banks, county-level rural commercial banks and rural credit cooperatives are not on the list.

Announcement of the cut comes at a time when escalating trade tensions with the U.S. have cast a shadow on the country’s economic outlook. Recent worse-than-expected economic data and estimates of lower domestic growth have fueled speculation that the regulator may loosen its grip on liquidity. China is scheduled to publish its gross domestic product (GDP) data for the third quarter on Oct. 19.

The targeted reserve requirement ratio cut, the fourth of 2018, will release around 1.2 trillion yuan ($174.7 billion) of liquidity into the banking system, according to the central bank statement.

Lenders are required to use some of the freed-up liquidity to repay loans obtained from the central bank via the medium-term lending facility, which total around 450 billion yuan and will be due on Oct. 15. After the repayments, a net injection of 750 billion yuan will be left for the banks subject to the reserve requirement ratio cut.

The central bank stressed that it hasn’t changed the tone of its monetary policy. It said it will continue to carry out a prudent and neutral monetary policy, and maintain a reasonable level of liquidity instead of flooding the economy with liquidity.

The announcement comes before the two major stock markets on the Chinese mainland resume trading on Monday following a one-week National Day holiday. The benchmark Hang Seng Index in Hong Kong dropped more than 4% during the holiday on a spate of negative developments in overseas markets and in the China-U.S. relationship.

Announcement of the reserve requirement ratio cut on the last day of the one-week holiday aims to cushion the impact of turbulence in overseas stock and bond markets on domestic markets, economists at China Merchants Securities Co. Ltd. said in a note.

U.S. Federal Reserve Chairman Jerome Powell’s speech last week has fanned expectations that the U.S. may continue to hike interest rates, leading to a rise in U.S. Treasury bond yields, an appreciation of the greenback, and turbulence in U.S. stock markets.