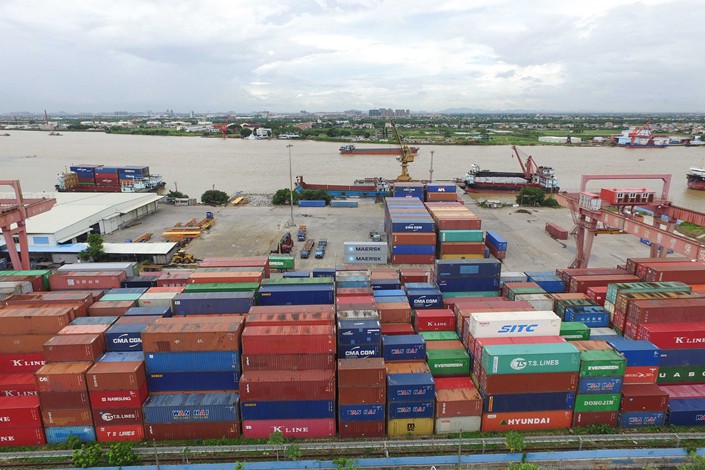 *Amid trade tensions with the U.S., China will increase the size of tax rebates received by exporters, as well as aiming to make the payments more quickly

*As the nation faces headwinds from the trade war and a cooling economy, the government is also urging the acceleration of shantytown renovation projects, which may boost demand

(Beijing) — China will raise tax reimbursement rates for exporters from next month and accelerate a program to rebuild run-down neighborhoods, as the government bolsters efforts to cushion the impact of an escalating Sino-U.S. trade war and stimulate domestic demand.

The changes will “reduce costs for the real economy and help it cope with the current complicated international situation and maintain steady growth of foreign trade,” according to a statement (link in Chinese) issued by the State Council, China’s cabinet, after a meeting chaired by Premier Li Keqiang on Monday.

The government aims to shorten the time it takes to process and pay rebates to exporters to an average of 10 working days from 13 working days by the end of this year.

The cabinet also urged local authorities to speed up construction of new homes to replace run-down and even dangerous residences in urban areas under its long-standing shantytown renovation initiative. The government set a goal to start building 5.8 million such homes this year and construction on 5.32 million, or 92%, had already begun by the end of September, it said.

Rebates play an important role in promoting exports as they allow companies to reclaim a variety of taxes they have to pay on goods they make to sell to overseas markets.

The latest move comes just weeks after the government raised rates on export tax rebates to as high as 16% for nearly 400 product lines, including motors, multicomponent integrated circuits, steel, and batteries, in mid-September. The increase was seen as an attempt to help exporters cope with rising costs after the U.S. slapped additional tariffs on $50 billion worth of Chinese goods in July and August.

Bilateral trade tensions have since continued to escalate, with the administration of President Donald Trump late last month imposing tariffs on a further $200 billion of Chinese products.

China has responded with tit-for-tat taxes on U.S. goods, putting a total of $110 billion of imports from the country under punitive duties since early July.

The deepening dispute has cast a cloud over the prospects for China's trade and economic growth. Net exports of goods and services accounted for just under one-tenth of the 6.8% growth in the country's gross domestic product (GDP) in 2017, government data show.

The International Monetary Fund, in its latest World Economic Outlook report released Tuesday, lowered its projection for China’s GDP expansion in 2019 to 6.2% from July’s forecast of 6.4%, citing headwinds from rising trade barriers and weaker credit growth. It left its forecast for China’s growth this year unchanged at 6.6%.

The National Bureau of Statistics is scheduled to release GDP figures for the third quarter of 2018 on Oct. 19.

The government has taken a series of measures to boost domestic demand amid increasing signs of a slowdown fueled by a crackdown on local government debt that's hit investment, and a campaign to rein in home prices. The central bank this week cut the amount of cash lenders are required to keep in reserve for the fourth time this year to inject liquidity into the financial system to encourage lending. Policymakers have also fine-tuned the pace of a campaign to deleverage the financial sector.

It has also told local governments to speed up the sale of special-purpose bonds to fund construction of facilities such as toll roads and subways as well as the rebuilding of run-down urban neighborhoods.

In its Monday statement, the State Council renewed its call for local governments to accelerate the issuance of shantytown-related special-purpose bonds.

The shantytown renovation program, launched in 2005 and run by local governments, is an important driver of property investment and real estate-related consumption such as domestic decoration, furniture and home appliances. But the initiative has come under increased scrutiny this year amid concerns that it was being abused by local authorities in some cities to enable them to illicitly increase their debts and fuel property prices.

The housing ministry in July threatened to bar local governments from receiving low-cost loans for such projects if they continued to compensate displaced residents in cash rather than by providing housing. Cash payments were found to be encouraging property purchases because they allowed buyers to use the money for down payments on multiple homes. China Development Bank, a policy lender that provides most of the loans for the program, also said that it had tightened its review process for lending to the shantytown renovation projects.

In a sign that the government remains concerned the program could fuel property bubbles, the State Council on Monday urged authorities in towns where upward pressure on housing prices is large to stop providing cash compensation to displaced residents “as soon as possible.”