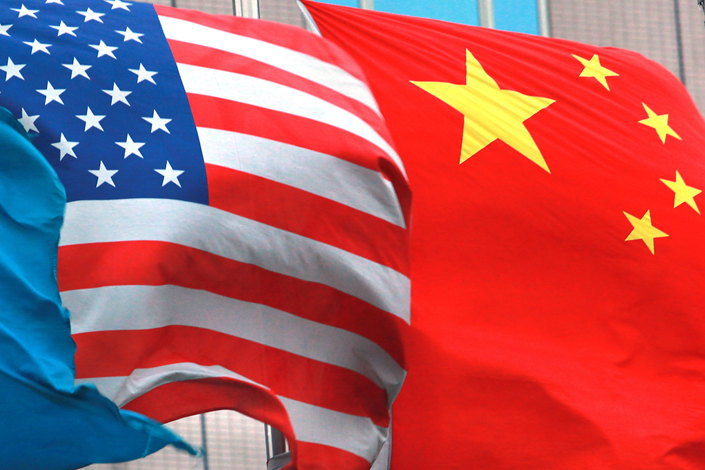 The results of the U.S. midterm elections were announced recently. The U.S.-China trade war wasn’t a main topic of discussion during the pre-election campaigns, but was still frequently mentioned by both Democratic and Republican politicians. During the campaign, the two countries’ respective heads of state said over a phone call that the economic teams on both sides should strengthen contact, maintain communication, conduct consultations about issues of mutual concern, and promote a mutually acceptable solution for U.S.-China economic and trade issues. The end of the election season will help calm the mood within U.S. political circles. At the end of this month, the two heads of state will meet during the G-20 summit. This is a rare opportunity to show the sincerity and determination of the two countries’ decision-makers in resolving disputes. The world has high hopes for the upcoming meeting.

The recent midterms were equivalent to a public opinion poll on Trump’s performance during his first two years in office. The resulting situation of each party controlling one chamber of Congress will affect the tug of war of key U.S. policies during the latter half of Trump’s first term. It will also inevitably affect U.S.-China relations and the international order. Now that the Democrats have gained control of the House of Representatives, the investigations into Russian interference in the 2016 U.S. presidential election will become a new angle for Democrats seeking to weaken the legitimacy of the Trump administration. A Democrat-controlled House will also mean there will be more ways to keep in check controversial Trump administration plans, including the U.S.-Mexico border wall, the crackdown on illegal immigrants, climate-change denial, and the relaxation of carbon emissions restrictions. Additionally, in terms of medical insurance, a key voter concern, it will become more difficult for Republicans to continue dismantling the framework of the Obama-era Affordable Care Act.

With these increased constraints on its domestic agenda, the Trump administration is likely to actively seek more breakthroughs in foreign affairs, especially in terms of trade negotiations with other countries in order to add to its list of achievements and prepare for the 2020 presidential elections. Once the United States-Mexico-Canada Agreement is in place, bilateral negotiations with the European Union and Japan are likely to pick up speed. The U.S. may also have a greater sense of urgency about finding a solution to the trade conflict with China, which has now dragged on for months.

In order to achieve a solution both sides can accept, the two sides must have positions that are not too far from each other, and moreover be moving toward a common goal. There must definitely not be an extension of the scope of nonnegotiable “core interests.” In the past months, whether it’s in the U.S. proposal of a package of conditions China would never accept in its entirety, or in China’s initial attitude of “an eye for an eye” in the trade war, we have seen both sides demanding terms but not making any bids, showing that time was not yet ripe for reaching a consensus. By now, the impact of the trade war on China and the United States has gradually become apparent. Other economies in the global value chain have also been affected, to varying degrees, and hope that the two sides will end their conflict. Time is precious, and even as the U.S. and Chinese economic “teams” continue their public dispute, they should be spending more energy in bridging the concrete disagreements between the two sides in order to achieve step-by-step results soon.

Of course, we should not look at U.S.-China economic and trade relations with mere optimism, but rather, there should be deeper thought. The U.S.’ wariness of China, unfortunately, will not be reversed by one midterm election. It will be hard to stop strengthened scrutiny of investment, acquisition and infrastructure construction by Chinese companies, or U.S. moves to target Chinese pressure points through export bans or blocking cooperation with U.S. companies, at the slightest pretext. The U.S. will also continue to have a negative attitude toward China’s Belt and Road Initiative and its investments and financing in Africa, the Caribbean, the Pacific island nations and other developing regions. China’s participation in multilateral efforts, including joining the EU in promoting World Trade Organization reform and backing the Iran nuclear deal, could be construed by the U.S. as a Chinese attempt to challenge its dominant position in world affairs.

In the context of intertwined bilateral and multilateral interests, it is extremely important how China and the U.S. interpret each others’ strategic intentions. In the process of signaling each party’s own concerns and perceiving the signals sent by the other party, it will be crucial to avoid miscalculations of the weight of each action or the level of authority that each instruction originated in.

The Chinese government has reiterated many times this year that it will not be closing the door to the outside world, and that it will continue to promote steps toward a greater level of opening-up. The inaugural China International Import Expo has also strongly expressed this attitude. Promises of “full foreign ownership and full liberalization of licensing” as soon as possible in various policy areas, such as banks, securities, funds, futures and personal insurance, have already been made.

Aside from difficult issues like tariffs, market access and competitive neutrality, two other issues have become increasingly important and could dominate future discussions: technological competition, and intellectual property protection. How can research and development, manufacturing, and technical exchanges, as well as normal mutual talent cooperation, be protected against interference from the current atmosphere of suspicion against China in U.S. political and economic circles? This not only affects the momentum and quality of economic growth in China and the U.S., but also affects the global market, which the two countries have a massive influence on. Will there be a situation of diverging norms, or even a “Balkanized” situation of mutual containment in which domestic and international consumers are forced to choose sides? With regard to this problem, experts in both countries should open up frank and thorough dialogue as soon as possible. After all, in the future, there will be massive room for U.S.-China cooperation in fields like biomedical sciences, artificial intelligence, the internet of things, and renewable energy.

Regardless of whether it is the U.S. or China making these decisions, if one country relies only on unjustified assumptions and rigid prejudices to shut off the flow in goods, capital, talent and, most importantly, ideas between the two countries, then both China and the U.S., as well as the rest of the world, will suffer uncountable losses. Recently, many notable people who genuinely hope for improved U.S.-China relations have spoken up. Decision-makers on both sides should understand these people’s worries and listen closely to their suggestions. The 40th anniversaries of China’s opening-up and of U.S.-China diplomatic relations are already approaching. A viable framework solving U.S.-China trade and economic disputes will be the best way to commemorate these major anniversaries.