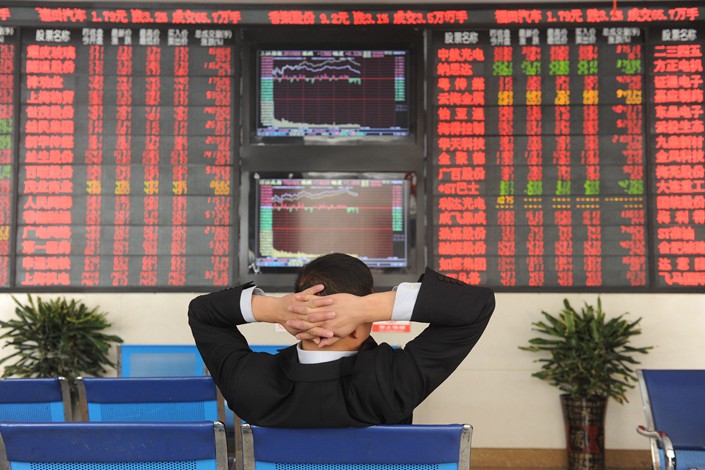 On Thursday, U.S. President Donald Trump tweeted that he and China's President Xi Jinping had “a long and very good conversation” about trade. Photo: VCG

China’s stock markets extended their longest gaining streak since February on Friday as the yuan continued to strengthen on positive signals from President Xi Jinping and U.S. President Donald Trump about the ongoing trade war.

The benchmark Shanghai Composite Index closed up 2.7%, while the Shenzhen Component Index jumped 3.96%. Both gains were the largest daily increase of the two indexes since Oct. 22, when top Chinese financial officials voiced support to stabilize a market that had been one of the world’s worst performers this year.

It was the fourth straight session that stocks rose, the best streak for both of the indexes since February.

The onshore yuan was at 6.8897 per dollar at the official market close at 4:30 p.m. Beijing time, 0.48% stronger than the late close of 6.9233 per dollar on the previous evening. The Chinese currency strengthened by 0.75% on Thursday, the largest margin since late August.

“While we are still cautious over a full resolution of recent tensions in the medium term, resumption of dialogue between Washington and Beijing would be good enough to investors for now,” said Tai Hui, Asia Pacific chief market strategist with J.P. Morgan Asset Management, in a note.

On Thursday, Trump tweeted that he and Xi had “a long and very good conversation” about trade. He added that the discussions are “moving along nicely” with meetings between the two leaders scheduled to take place at the upcoming Group of 20 countries summit in Argentina.

China’s official Xinhua News Agency on Friday also quoted Xi as telling Trump in a phone call that the two countries’ trade negotiators should “strengthen contacts” to make progress on a deal “that can be accepted by both sides.”

The messages have raised hopes that trade tensions between the two countries may ease and Trump will be less likely go through with his threat to impose punitive tariffs on an additional $267 billion of imports from China.

“While our baseline forecast remains that the current 10% US tariffs on $200 bn of Chinese exports will increase to 25% in January, the latest development has reduced the probability of that increase, as well as the chance that more tariffs will be imposed on the rest of Chinese exports to the US,” UBS economist Wang Tao said in a report commenting on Xi and Trump’s conversation.