By Leng Cheng and Ren Huilan 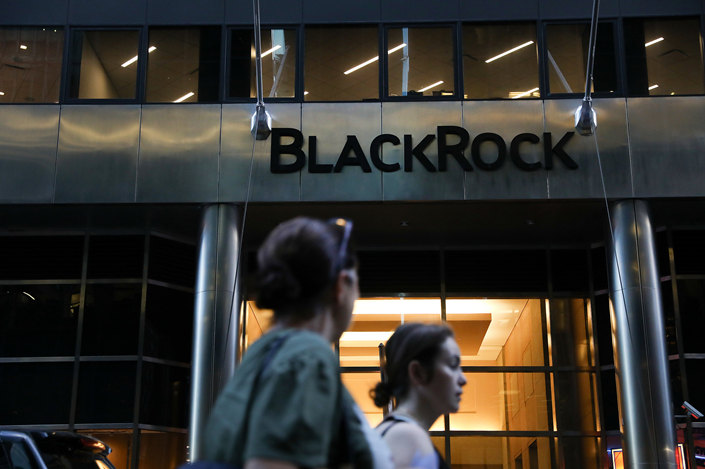 (Shanghai) — Wu Jinglian, one of China’s most influential pro-market economists, once described the country’s stock markets as “worse than a casino.” But more and more foreign fund managers are betting they can rake in winnings.

Despite the baptism of fire that foreign funds have experienced this year as the benchmark stock index plunged more than 20% to a four-year low, many managers are optimistic about the market’s long-term performance and see the rout as an opportunity to load up on shares of good quality companies while they’re cheap. Even so, it remains to be seen whether they can beat Rule No. 1 of a casino — the house always wins.

For foreign asset managers who have chosen to go it alone and set up wholly foreign-owned enterprises (WFOEs) offering private investment funds to institutions and wealthy individuals, the odds are more heavily stacked against them, given the regulatory limits on how they can raise money, where their funds can invest, and strict internal compliance rules.

China has been slowly opening the door to its capital markets over the past few years, responding to demands by global financial institutions for access to the world’s third-biggest stock market and third-biggest bond market. They have also been calling for the government to allow them to sell investment products to millions of domestic consumers.

Foreign fund managers have been among the beneficiaries. In mid-2016, regulators started accepting applications for them to set up WFOEs offering a type of product known in China as a “private investment fund,” which can raise money from as many as 200 individuals and institutions with each investor contributing a minimum of 1 million yuan ($143,600). The funds can invest only in onshore markets.

Setting up a WFOE allows foreign fund managers to go it alone in the Chinese market rather than operate through a joint venture.

Fidelity was first out of the gate, launching the Fidelity China Bond No. 1 Private Fund in May 2017, and UBS Asset Management issued the first stocks fund in December. So far, WFOEs have issued a total of 22 private funds investing in stocks, bonds and commodities. That’s tiny compared with the roughly 24,300 private funds offered by domestic asset managers, but it’s a start.

The largest stock fund so far is BlackRock’s “China A-Share Opportunity Private Fund,” which launched in July with assets under management of as much as 1 billion yuan, representing about 20% of the total foreign stock funds, Caixin has learned.

Most of the WFOE private funds have entered the market just as it was headed south and are now showing losses, although that’s hardly surprising, given that the benchmark Shanghai Composite Index has dropped by more than 20% from its January peak as investors fretted over slowing economic growth, trade friction with the U.S. and forced stock sales triggered by margin calls. The bond market has put in a better performance, with the yield on the benchmark 10-year government bonds falling to 3.5% from 3.955% at the beginning of the year, meaning prices have risen.

BlackRock’s equities fund was down by about 9% at the end of October since its launch, according to sources at Citic Securities Co., which helped promote the fund. UBS’s stocks fund, which is only 40% invested, has dropped nearly 6% since inception, said Shi Bin, head of China Equities at UBS Asset Management, at a briefing in September. Fullerton, whose 90 million yuan stock fund is now only 50% invested, is showing “minor losses,” sources with knowledge of the fund told Caixin.

Although there is no data tracking the performance of private funds, an analysis of publicly traded funds by Shenwan Hongyuan Securities Co. shows that 96% of domestic equity funds posted losses in the third quarter of 2018, with more than a quarter down by more than 10%. The worst performers were those that made wholesale changes to their portfolios.

But private-fund WFOEs aren’t facing just the headwind of a bad stock market environment. Regulatory limits on how they can raise money for their funds and invest the proceeds, along with strict compliance regulations, are making life even more difficult for them.

With trillions of yuan of deposits, nationwide branch networks and apps that put them in easy reach of every customer anywhere, large Chinese banks are the biggest reservoir of money available to the fund management industry. Brokerages, whose customers include millions of institutions and wealthy individuals, also offer a rich vein of money. Fund companies fight to get their products in front of bank and brokerage customers, and these institutions can pick and choose whom to team up with.

A private-banking manager with a midsize commercial lender told Caixin that banks tend to rule out cooperation with foreign fund management companies, especially those selling private funds, as they are small, lack a track record, and have little market recognition. Private funds are even less attractive because they have a limit of 200 investors per fund.

“We compile a list of asset managers we want to work with,” he told Caixin. “It’s important for us whether the asset manager has a leading position, or is ranked highly in terms of assets under management. Foreign-funded institutions also really lag behind in terms of promoting their products through roadshows.”

This so-called white list of funds is usually limited to the top private-fund management companies whose products are sold through lenders’ private banking or wealth management departments.

But WFOE private funds may get greater access following new rules issued by the China Banking and Insurance Regulatory Commission in October that require banks to spin off their wealth management operations into separate stand-alone companies, and these will be allowed to sell private funds that invest in stocks.

“This is now under preparation, but we’ll have to wait until the next quarter to see any progress,” the executive of a major foreign fund said.

For now, WFOE private funds mainly rely on cooperation with securities firms to sell their products as attractive commissions encourage them to market private funds to their wealthy individual investors. However, compliance rules — both regulatory and internal — can make it onerous to bring on new clients, and that means funds have to exclude many potential investors.

WFOEs have to rely on brokerages to do their due diligence on their clients, but brokerages are required only to supply names and the numbers of their national identification cards to the fund manager. If the brokerage doesn’t strictly comply with requirements to review an investor’s suitability, the foreign fund manager can be pursued by regulators, an executive with a leading foreign fund management company told Caixin.

“Even if investors are qualified to invest, we have to do due diligence about their background and source of their money,” the executive of a major foreign fund said. “Because of our internal rules, we don’t accept investments from government officials or any of their relatives. Our definition of official is very broad — it even includes executives of state-owned companies or members of political consultative bodies.

“These internal restrictions can make it awkward to deal with some Chinese investors. They don’t accept such explanations, they think it’s ridiculous and go off and buy a product from someone else,” the executive added.

Fundraising problems have an indirect effect on WFOEs’ ability to invest in bonds. Some 95% of onshore bonds are traded on China’s interbank market, but current regulations allow only those institutions with more than 2 billion yuan of assets under management onshore to participate, and none of the WFOEs so far has reached this level.

“If you can’t access the interbank market, it’s extremely difficult to invest in bonds,” the executive said. “All I can invest in at the moment is stocks, but the stock market is in a really bad state right now, and it’s hard to raise funds. So we’re facing this endless loop” of never reaching the 2 billion yuan threshold.

But in spite of the obstacles, foreign fund managers who have set up WFOEs are sticking to their plans, more concerned about missing out on opportunities in the China market. Most have beefed up their respective staffs in their Shanghai offices, and brought more experienced investment professionals on board to lead their teams on the mainland.

“Our strategy is to build up our framework first,” a source at one WFOE told Caixin. “There are advantages to doing this early. You build up a track record, and go through all the necessary procedures and processes. That makes your future operations clearer, faster and smoother both from an internal and external perspective.”

But the hassle of setting up a WFOE and the obstacles to expansion have left some foreign asset management companies prepared to wait on the sidelines until new regulations come into force. These rules, which were first outlined in November 2017, aim to raise the limit on foreign ownership of joint ventures with securities companies, fund management companies and futures companies to 51% from 49%, with limits completely abolished three years after the rules come into force.

These long-awaited changes will allow foreign financial institutions to set up wholly foreign-owned subsidiaries offering funds sold to the public, giving them a much broader reach into the Chinese market. Vanguard Asset Management, the world’s second-largest asset manager, has put its registration process for a private-fund WFOE on hold, Caixin has learned. Betting on the implementation of market-opening policies, more players could choose to skip private-fund WFOE registration altogether.

Foreign fund managers are probably also betting that by the time the limits are abolished, China’s stock market will be on a firmer footing that makes investing less of a gamble.