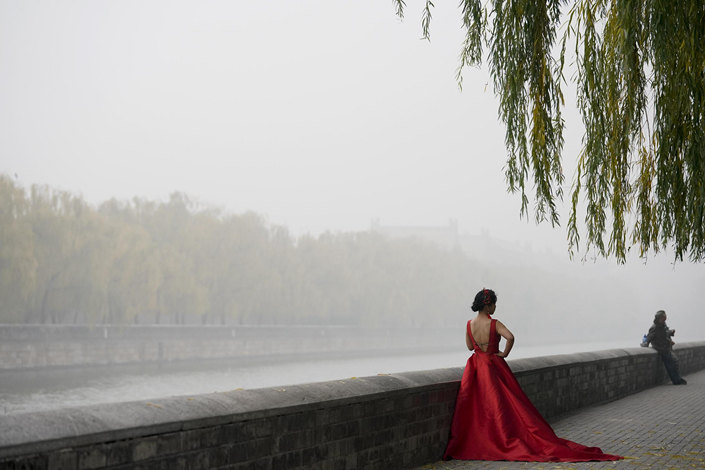 The G-20 countries — including China — will fail to meet global warming targets set in the Paris Agreement if current trends continue, a new report says.

The international forum’s members — which include the world’s largest economies — have each set national carbon emissions goals that would lead on average to a long-term global temperature increase of 3.2 C, higher than the 2 C limit set in the 2016 Paris Agreement on climate change, according an annual report published Wednesday by NGO alliance Climate Transparency, ahead of the G-20 summit later this month.

A number of countries, including the U.S. and Canada, aren’t expected to meet their national targets, based on their current policies. Others, like China, Indonesia and Russia, look set to possibly “overachieve” their targets — but “partly because their (nationally determined contributions) have a low level of ambition,” according to the report. The U.S. signed the agreement in 2016, but withdrew a year later.

China’s coal consumption increased in 2017 for the first time in three years, contributing to a rise in national carbon emissions beyond the record set in 2014. At the same time, however, the country made progress by rolling out a power industry emissions trading program, and accounted for over half of the world’s newly installed solar power capacity in 2016 and 2017, Climate Transparency said.

China faces higher food security and flood risks from climate change than the average G-20 country, according to the report.

“China is taking action and has reduced the share of fossil fuels in its energy mix. However, its emissions are rising again, and, as the world’s largest emitter, it needs to do more to address its coal industry,” Jiang Kejun, a senior researcher at the National Development and Reform Commission’s Energy Research Institute, said in a statement. “It is on track to overachieve its climate pledge, a strong indication it could do more.”

The report comes as China’s capital, Beijing, faces one of its smoggiest days in recent months, with air quality index readings climbing as high as 303 — a level considered “hazardous” by the U.S. Environmental Protection Agency — on Wednesday. Despite a push to use cleaner fuels in recent years, China’s reliance on coal for heating has meant the country’s major cities continue to suffer serious air pollution during the winter.