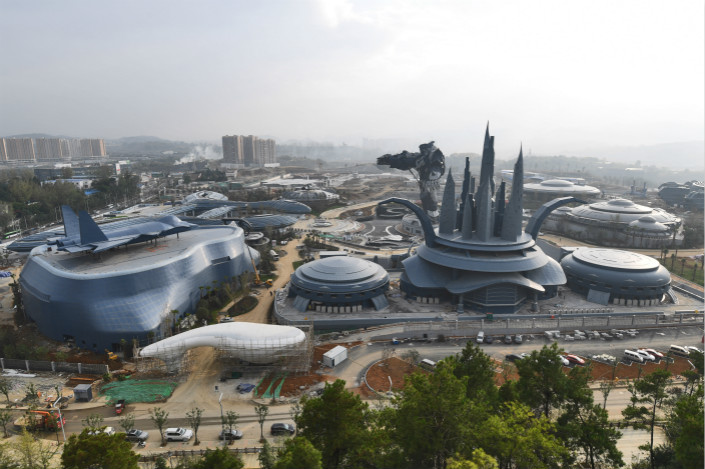 Real estate and entertainment giant Wanda Group has paid off about 216 billion yuan ($31 billion) of debt since it was struck with liquidity crisis as a result of the Chinese government’s crackdown on “excessive” overseas investment that began last year.

Wanda’s debt-to-asset ratio has dropped from about 72% in mid-2017 to 59% now, according to Caixin’s calculations.

Wanda, founded in the city of Dalian in Northeast China’s Liaoning province in 1988, grew into one of China’s biggest real estate conglomerates over the next 30 years and started on a buying spree of overseas assets, including U.S.-based AMC Entertainment and Legendary Entertainment.

In June 2017, Chinese regulators ordered banks to rein in loans that major Chinese private-sector companies were using for risky overseas investments. Wanda, HNA Group and Fosun International Ltd. were the hardest hit companies by the government move to reduce risk. Suffering from a severe cash crunch, Wanda started to unload its assets, including many of its high-profile overseas investments.

Wanda Commercial Management Group’s overseas real estate business centers have been laying off employees at a rapid pace since March this year, sources told Caixin. There are fewer than 10 employees left now, and only the offices in Chicago and Los Angeles remain operational, the sources said.

The Wall Street Journal reported on Friday that Wanda is planning to sell its Los Angeles-based development project for $420 million.

In January, Wanda announced that it had sold its majority stake in the One Nine Elms project in London, as well as its stakes in Australia’s Gold Coast and Circular Quay projects. Wanda founder Wang Jianlin also said in January that the group would dispose of all overseas assets.