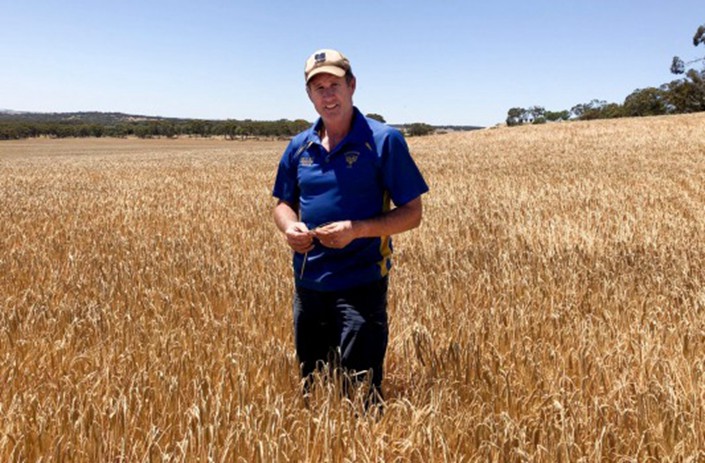 Farmer Erin Cahill stands in his soon-to-be harvested barley crop. China is using its probe into grain exports to send a warning to Australia. Photo: AFR

(AFR) — China has launched an anti-dumping investigation into Australian barley imports in what analysts say is a warning from Beijing that Canberra should not side with the United States over trade or regional security.

China’s Commerce Ministry said on Monday it had launched an anti-dumping investigation into imports of barley originating from Australia. The investigation would cover alleged dumping from Oct. 1, 2017 to Sept. 30, 2018, the ministry said in a statement on its website.

Australia is China’s biggest customer for barley, with exports valued at up to $1 billion a year.

The surprise move came after the United States agreed to partner with Australia to redevelop Papua New Guinea’s naval base at Manus Island. Australia, U.S., Japan and New Zealand also signed a $2.3 billion deal over the weekend to improve access to electricity and the internet in Papua New Guinea.

Analysts said the anti-dumping probe, in response to complaints from industry in China that Australian exporters were selling barley at artificially lower prices, was a warning to Australia.

“It is not a retaliation, it is a warning. China is Australia’s biggest agricultural and mining product importer,” Ma Wenfeng, a senior analyst at Beijing Orient Agribusiness, said.

The last time Australian exports to China came under pressure for alleged anti-dumping was in 2016, when the Chinese mining industry called on authorities to investigate iron ore imports from the world’s biggest miners.