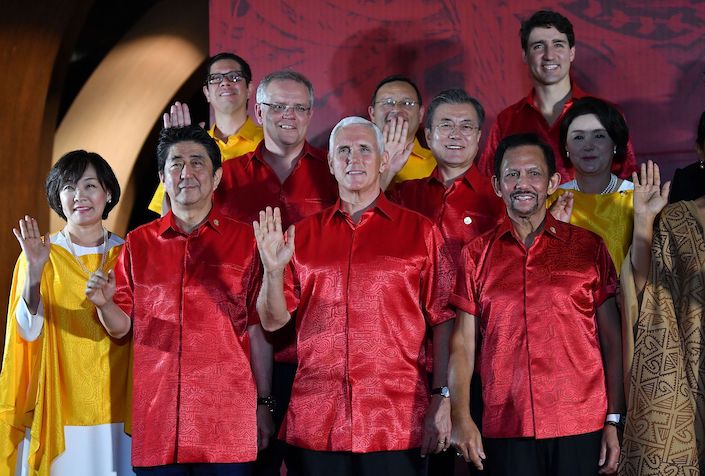 China blasted the United States for bringing “great anger” to the weekend summit of Asia-Pacific leaders and undermining efforts to reach consensus as the event in Papua New Guinea ended with heightened frictions and no agreement.

China and U.S. leaders had an unusually sharp exchange of words during the annual two-day gathering of the 21 countries that form the Asia-Pacific Economic Cooperation (APEC) group. The opposing views of the two biggest members led to the collapse of talks on a routine joint statement for the first time in APEC’s history.

The crossfire renewed concerns over the trade war between the world’s two biggest economies and lowered expectations for a possible breakthrough later this month when Xi and President Donald Trump meet at a Group of 20 summit in Argentina. Both countries recently confirmed that bilateral talks resumed after months of stalemate.

At a regular news briefing (link in Chinese), China Ministry of Foreign Affairs spokesman Geng Shuang reaffirmed the resumption of U.S.-China trade talks and addressed the APEC summit’s failure to agree on a communique.

“It seemed like the U.S. attended this APEC meeting with great anger,” Geng said. That posture caused disputes and disagreements and damaged the "harmonious atmosphere" of the meeting, he said.

For their part, American officials blamed China for rejecting language acceptable to other participants, according to news reports. But Geng said a majority of APEC members voiced support for multilateralism, a multilateral trading system, and an appropriate role for the World Trade Organization.

“The APEC meeting indeed failed to adopt the final communiqué,” Geng said. “But the reason for that is not the one given by the US side.”

Geng said China believes the WTO needs to keep abreast of the times and supports necessary reforms for the organization. But it should be prohibited from pursuing protectionism in the name of reform, he said.

A number of APEC members, particularly those from the developing world, clearly voiced opposition to protectionism and urged safeguarding the rights of development, Geng said.

When asked about the lack of a communiqué at a closing news conference Sunday, Papua New Guinea Prime Minister Peter O'Neill said the main sticking point was the future of the WTO.

"You know the two big giants in the room," O’Neill was quoted as saying.

In a speech to business leaders at the summit, Pence took a direct swipe at China, telling attendees they should “not accept foreign debt that could compromise your independence.” It was a reference to China’s Belt and Road Initiative, which aims to help develop infrastructure abroad with the support of Chinese companies and financing.

Pence said U.S. support “is a better option.” “We don’t offer a constricting belt or a one-way road,” he said.