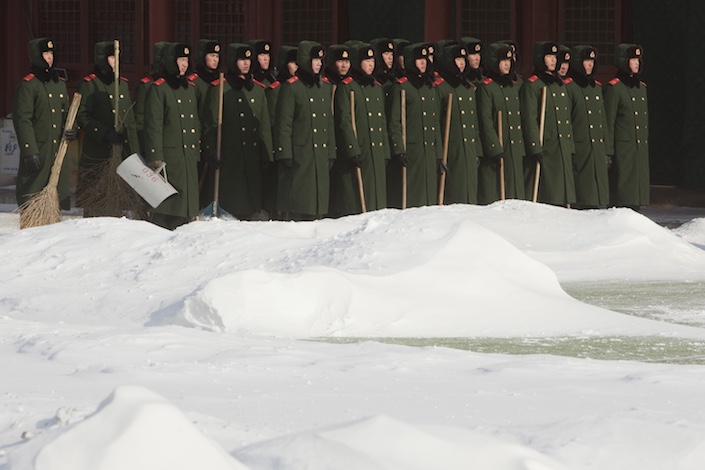 (Bloomberg) — The collapse of a summit of Asia-Pacific leaders last weekend in Papua New Guinea isn’t the end of the world. In fact economic relations between the 21 nations won’t change much. Most need both China and the U.S. — and that’s what they will continue to get.

For the first time since leaders of the Asia-Pacific Economic Cooperation (APEC) group began meeting in 1993, they failed to agree on a communique. Rivalry between America and the Middle Kingdom was blamed. Observers inevitably compared the tension to the Cold War.

The analogy is not helpful. APEC statements have long since ceased to be meaningful. The expansion of the group’s membership to include places as remote from the core of Asia as Peru and Russia made moving the ball on any substantive issue very tough. Since its heyday in the mid-1990s, APEC has evolved into a kind of platform where leaders and top executives just happen to meet and chat. The far-flung diverse membership means statements are little more than bromide platitudes.

It’s good that these nations get together in some forum. But don’t conflate this theater with substance.

China’s ascendancy is often portrayed as an end to unchallenged American primacy. In absolute terms, that’s true. From some of what’s said, you would think the U.S. didn’t matter. That is far from true. The global supply chains that snake through East Asia mostly lead to U.S.-based corporations. An entire development model has been based on them.

It’s entirely conceivable that the trade clash between the U.S. and China actually strengthens these chains. To the extent manufacturing and assembly shifts out of China to more U.S.-friendly locations in the region, it will enhance American influence.

The U.S. dollar’s dominance is often underappreciated. Many Asian currencies have some kind of anchor to the dollar rather than China’s currency, the yuan. This can be a curse. During periods when the dollar strengthens significantly, often because of tighter monetary policy from the Federal Reserve, emerging markets in Asia feel the heat. Policy then responds to American dynamics rather than what the People’s Bank of China does.

Indonesia was recently praised by the International Monetary Fund for its textbook response to the latest EM ructions. If a rescue is needed, the IMF is likely to be at the forefront rather than China. The U.S. is the biggest and most influential shareholder.

China’s economic footprint is growing. Projections have the size of China’s gross domestic product overtaking the U.S. sometime around 2030. That brings with it some gravitational pull. It’s already happening, with or without a botched summit or two.

Chinese companies are increasing their direct foreign investment in Southeast Asia significantly. That’s rubbing up against the traditional dominance of U.S. and Japanese firms. But countries like Indonesia have historically been wary of too much Chinese influence. A nationalist like President Joko Widodo, running for re-election next year, isn’t going to rush to China’s embrace.

Many countries like both the continuity of the U.S. and the added wealth that comes with Chinese overtures. They have been playing both sides for a while and can keep doing that. Yes, the U.S. and China are vying for influence. A growing rivalry doesn’t have to be apocalyptic.

This is a competition for influence within the overarching capitalist system. China is part of the global capitalist order in a way the Soviet Union never was. The rivalry is evolution, not revolution.