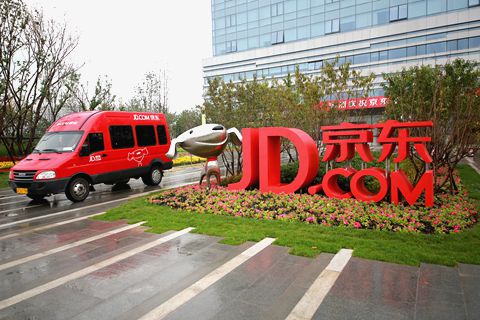 JD reported Monday that revenue rose 25% to 104.8 billion yuan ($15.3 billion) in the third fiscal quarter. The gain from a year earlier was less than analysts’ forecasts and well below previous growth rates, which reached more than 60% in 2015.

JD’s operating losses continued to widen to 650.7 million yuan from a loss 502.4 million yuan for the same period last year, while the operating margins for JD’s core ecommerce platform JD Mall fell to 2.2% from 2.3% a year ago.

The number of yearly active JD customer accounts fell 2.7% to 305.2 million from the second quarter, though up 14.6% from a year ago.

Chinese e-tailers have struggled amid slowing growth of the world’s second-largest economy and uncertainty linked to a Sino-U.S. trade war. Earlier this month, Alibaba reported mixed quarterly results and lowered its forecast for full-year sales.

JD said it expects revenue for the fourth quarter to be between 140 billion yuan and 135 billion yuan, up 18% to 23% from a year earlier, also below analysts’ expectations.

Chief Financial Officer Sidney Huang said on an earnings call with analysts that the “relatively soft” sales forecast was linked to an ongoing consumption slowdown in China.

Facing a more-challenging retail environment and tougher competition from rivals, JD is stepping up efforts to lure customers. It almost doubled its technology and content expenses for the third quarter from a year earlier to 3.4 billion yuan, reflecting a hefty investment in research and development, including warehouse technology, offline retail and drones.

JD Chief Executive Officer Richard Liu said on the call that the R&D expenses are expected to be flat next year, adding that the company expects an upturn in profits and cash flow next year.

Liu has recently been in the news after his arrest in early September over alleged sexual misconduct in the United States. On the analysts call, JD finance chief Huang declined to comment on the subject, citing “respect to the due process of the U.S. justice system.” Huang added that the situation “did not and is not expected to have any impact on JD.”

Liu was accused of rape by a Chinese student at the University of Minnesota while he was attending an executive degree program there. He has denied the allegations and hasn’t been charged with any crime. Local prosecutors have yet to take further legal action.

Liu said Monday that he would be focusing on new business lines, strategy, corporate culture and team building in the coming year, handing off more-mature businesses to others in the management team. Liu retains overall control of the company’s voting shares.