Some Countries Will Benefit From China-U.S. Trade War, Analysts Say 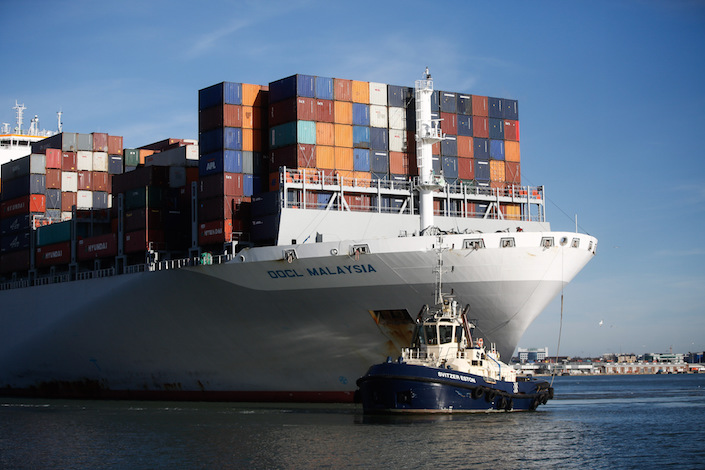 A tugboat guides a freighter into dock on Nov. 2, 2016, after arriving at the container terminal operated by DP World Ltd. at the Port of Southampton in the U.K. Photo: Bloomberg

(Bloomberg) — Asia, at the broad level, will lose from the U.S.-China trade war, but a few countries will emerge as relative winners.

Nomura Holdings Inc. found that a push by companies in the U.S. and China for import substitution toward the rest of Asia will benefit Malaysia in particular, followed by Japan, Pakistan, Thailand and the Philippines, based on its analysis of specific products on the list of tariffs.

At the same time, Vietnam is the clear winner from companies switching production from China, followed by Malaysia, Singapore and India.

“As the saying goes, ‘when two quarrel, the third rejoices’,” analysts including Rob Subbaraman and Trevor Kalcic wrote in a note on Tuesday.

Of the 13 countries in its analysis, Bangladesh, India and South Korea are the least likely to gain from import substitution. Pakistan benefits least from the diversion of production and foreign direct investment.

“The biggest benefit to Malaysia is likely to come from electronic integrated circuits, liquefied natural gas and communication apparatus,” according to Nomura.

There is usually one leading product for others; such as vehicles with only spark-ignition internal combustion reciprocating piston engines in Japan, cotton yarn in Pakistan, units of automatic data processing in Thailand, and electronic integrated circuits in the Philippines, it said.