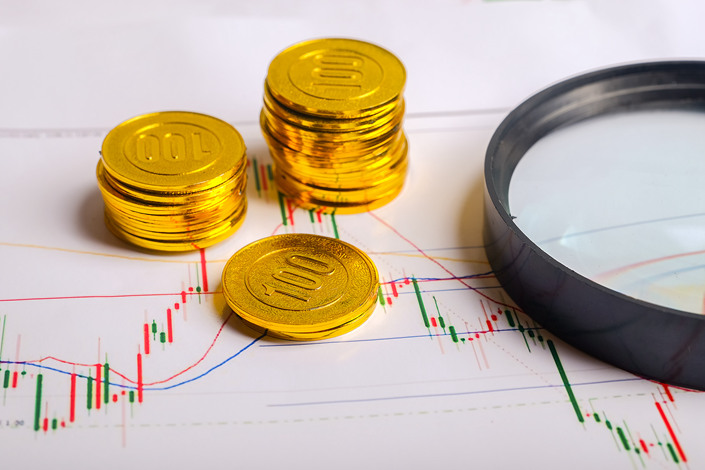 * Private funds have had a hard time attracting money this year as China’s financial markets wrestle with a bear market in stocks, tough new asset management rules, and a national campaign to reduce debt

(Beijing) — China’s private fund industry lost ground for the first time in nearly four years in October, as shaky markets and a regulatory crackdown made life harder for fund managers.

It is the first time the figure has declined since January 2015, when the AMAC first began tracking the size of the private fund industry. The contraction contrasts the industry’s once-booming growth. China’s private fund industry tripled in size over the past three years due to lack of regulation and bold investment tactics.

The classification for private funds, known in China as “private investment funds,” includes stock funds, private equity funds and venture capital funds. They are distinct from other investment vehicles because they are limited to raising money from no more than 200 individuals or institutions, each of which must contribute at least 1 million yuan.

Though broadly well-received by wealthy investors due to their fat returns, private funds have had a hard time attracting money this year as China’s financial markets wrestle with a bear market in stocks, tough new asset management rules, and a national campaign to reduce debt that has led to a crackdown on “shadow banking” practices linked to private funds.

The benchmark Shanghai Composite Index has been hovering around four-year lows amid the haunting uncertainty of a prolonged China-U.S. trade war and other problems. The new asset management rules further restricted who can invest in private funds by increasing how much in financial assets they must hold from 3 million yuan to 5 million yuan.

The private fund industry is also under greater regulatory scrutiny. In one case this year, private equity firm Fuxing Group was found to have bilked investors out of billions of dollars. In another notorious case, Xu Xiang, a high-profile billionaire private hedge fund manager, was sentenced to five and a half years in prison for manipulating stock prices.