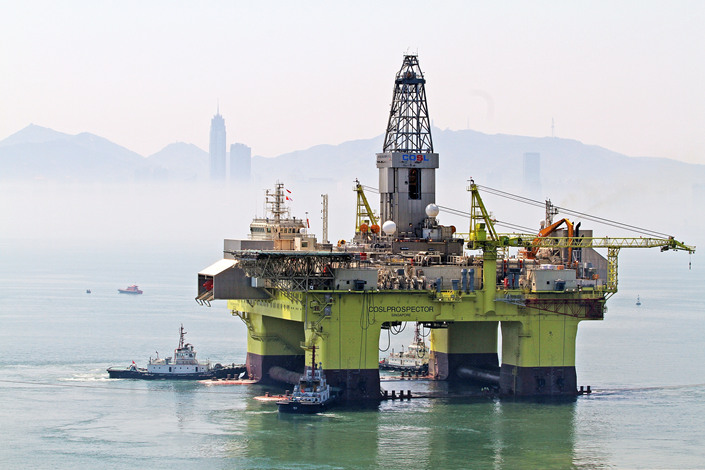 China signed 29 memorandums of understanding (MOUs) with the Philippines during President Xi Jinping’s first state visit to the country, including a controversial MOU to explore for oil and gas together that sparked fears it may involve work in disputed areas of the South China Sea.

Xi’s visit, the first Chinese state visit to the Philippines in 13 years, highlights the strengthening ties between Beijing and Manila, according to Philippines President Rodrigo Duterte. Speaking of the two leaders’ meeting on Tuesday, Duterte said, “We chartered the future course of China-Philippines relations and drew an ambitious blueprint for its development,” according to a government release.

The detente comes after several years of mounting tensions regarding ownership of large swaths of territory in the South China Sea, which culminated in a ruling by the Permanent Court of Arbitration that fully backed the Philippines’ claims in July 2016.

However, rather than press the point, the then-recently-inaugurated Duterte said he would instead work with China to jointly develop the 4 trillion cubic feet of untapped gas reserves that the U.S. Energy Information Administration estimates lies within Philippine territory.

The MOU signed on Tuesday lacks detail and mentions only joint gas and oil development and not disputed territories. However, several reports cited Philippine Energy Secretary Alfonso Cusi as later saying that the deal will cover South China Sea development.

Philippine outlet Rappler reported on Tuesday that its sources confirmed the countries will create an agency to explore how joint exploration might proceed, but that this will not necessarily lead to joint marine exploration.

The move is likely to spark strong opposition among Philippine lawmakers, who argued that Duterte risks surrendering the country’s claims over disputed territories such as resource-rich Reed Bank, while lies just 90 miles off the country’s Palawan Island.

Former Solicitor General Florin Hilbay called any joint exploration deal “illegal and unconstitutional,” according to domestic outlet PhilStar, and a group of opposition senators called for greater transparency for the terms of all 29 MOUs.

“Considering that the interests of China are totally opposed to ours, especially in respect to the West Philippine Sea issue, the government should always follow the principles of transparency and accountability which require that the terms of any deals or loan agreement be subjected for extreme scrutiny to protect our country’s economy and national security,” opposition Senator Leila de Lima said during a Senate session on Tuesday.

While the other MOUs covering areas such as infrastructure development cooperation and improving cultural ties largely lacked specifics, the Philippines’ Department of Trade and Industry said that one included plans for Chinese steel company Panhua Group Co. Ltd. to invest $3.5 billion in developing a port and steel mill with a capacity of 10 million tons in the main southern island of Mindanao.

Despite promises of greater Chinese investment following Duterte’s pivot to China, a substantial shift has not yet been forthcoming. Last year, Japan invested $600 million in the country, around 23 times more than China’s $31 million the same year, according to domestic outlet The Philippine Star.

However, earlier this month a consortium led by the parent of state-owned telecommunications company China Telecom was granted a “provisional” license to set up the Philippines’ third telecom network, committing to spending 257 billion pesos ($4.89 billion) to develop the network over the next five years.