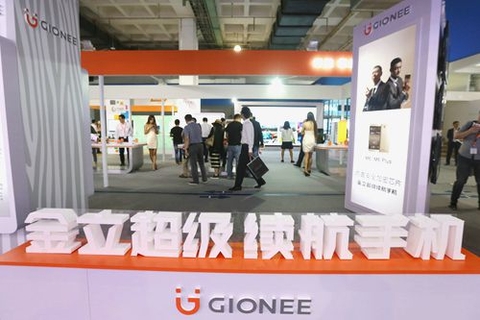 Panicked suppliers of Chinese smartphone maker Gionee Communication Equipment Co. sued for a bankruptcy reorganization of the debt-swamped company in hopes of recouping some of their losses.

Nearly 20 suppliers of Shenzhen-based Gionee Tuesday asked the Shenzhen Intermediate People's Court to step in after the second-tier smartphone maker made little progress in months of talks on restructuring billions of yuan in debt.

Founded in 2002, Gionee was one of the earliest mobile phone brands in China. The company has been in a debt crisis since last December, reflecting loss of market to bigger players and years of borrowing-fueled expansion. Gionee acknowledged its financial troubles in January and attributed them to overspending in the past few years, including investments in financial institutions and properties.

Last week, the company was in talks with creditors over a possible bankruptcy reorganization plan, after Gionee defaulted on 1 billion yuan ($144 million) of bonds in late October.

According to documents provided by the attorney of one of Gionee’s suppliers, the smartphone producer currently faces more than 400 lawsuits, of which 200 were officially filed this year, mostly regarding debt disputes.

Suppliers told Caixin Tuesday that they hoped the lawsuit would expedite the bankruptcy reorganization process so that debts can be recovered sooner, even at a discount.

In July, the Shenzhen branch of Guangdong Huaxing Bank Co. Ltd. and two other companies filed lawsuits seeking Gionee’s bankruptcy and liquidation. The Shenzhen Intermediate Court has called the three cases for hearings.

Suppliers are seeking a reorganization of Gionee instead of liquidation in hopes of better recovering their losses, a lawyer told Caixin.

But suppliers are often exposed to greater losses compared with other creditors because of a lack of collateral, another lawyer said.

A Gionee supplier told Caixin that Gionee had 15 bank creditors by the end of 2017, with a total liabilities of 8.3 billion yuan. In addition, Gionee owes billions of yuan to more than 100 suppliers, including 5 billion yuan to the 10 largest supplier creditors.

Gionee was a pioneer among Chinese smartphone brands in testing international markets. It was one of the first to successfully break into the Indian market but was overtaken in India last year by its bigger and more market-savvy Chinese rival Xiaomi Corp. Sales in the domestic market also slipped as the sector is increasingly dominated by bigger players such as Xiaomi and Huawei Technologies.

Gionee was ranked sixth by sales among China’s smartphone manufacturers with a 4.8% market share in 2017, down from 6.6% a year earlier, according to the research firm IDC. In the third quarter this year, Gionee’s global smartphone shipments slumped nearly 99% year-on-year to just 60,000 units, according to IDC.