Australia Tries to Fill In Its China Knowledge Gap 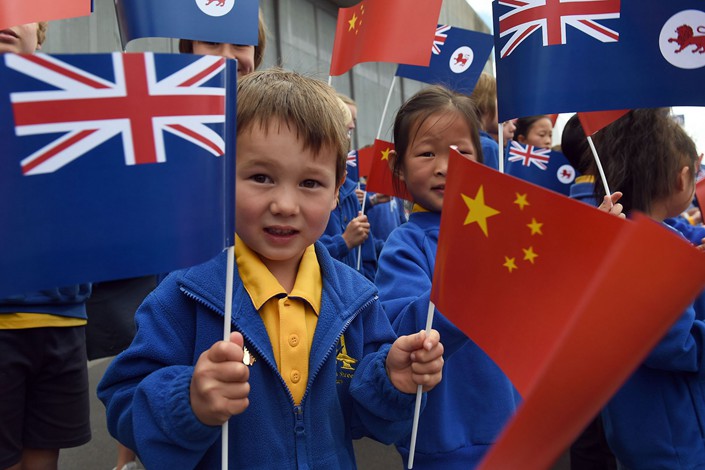 (AFR) — A knowledge deficit on China inside the federal government's top foreign policy and national security agencies has driven it to make under-the-radar investments in more Sino analysts, Chinese language skills and to gain better insights into the Chinese Communist Party.

Inside the Canberra bureaucracy, there has been private recognition that Australia was blindsided by the speed of Beijing's island building in the South China Sea, its surprise push into the neighboring South Pacific and meddling in domestic politics.

The Coalition government's hawkish turn on China, which began under Malcolm Turnbull and has continued — via actions though not rhetoric — under Prime Minister Scott Morrison, has unsettled some of the pro-China bureaucratic old guard and fueled frictions between hawkish intelligence agencies and more pragmatic foreign policy mandarins.

The government bureaucracy has some senior China specialists, such as DFAT's Graeme Fletcher and ONA's Harry Genn.

But there is acknowledgment in Canberra that its understanding of China needs to be considerably deepened, especially in the era of President Xi Jinping.

Former DFAT and ONA senior official Richard Rigby of the Australian National University said Australia's understanding of China compared reasonably to that of other Western countries "but we could always be better".

"China is such a big part of our life, so however good we may be, we ought to be working out how we can do it better than we're currently doing," he said.

"There are some very good individuals in government, but because of the nature of the Chinese system there are areas we just don't know all that much about."

John Garnaut, a former Fairfax Media journalist in China and adviser to Mr Turnbull on the government's foreign interference laws, told the US Congress in March that the knowledge across Western capitals of how the Chinese Communist Party operates was "unbelievably thin".

Close observers say there is a big gap in the understanding of elite Chinese politics, where Beijing's foreign policy affecting Australia is influenced.

Some of Australia's top China political experts are outside government.

A small number of local companies, including mining giants BHP and Rio Tinto, which export billions of dollars of iron ore to China, employ and hire international China experts for insights on government policy and the economy.

China accounts for about 30 per cent of Australia's exports and is crucial to the economy.

The Reserve Bank of Australia opened a small office in Beijing in 2011 inside the Australian embassy, allowing its economists to liaise regularly with government, business and universities to gain a better understanding of the economy from on-the-ground and beyond the official government data, which is treated with caution. The RBA also has a dedicated China and India economic analysis team in Sydney.

In Canberra, there is debate among Sino watchers about the value of diplomats maintaining access to China versus hard-nosed, independent analysis by intelligence agencies.

For example, many DFAT diplomats prioritise managing cordial relations with China and have long-standing personal relationships with senior Chinese officials.

The defence and intelligence agencies have taken a "more Pentagon view" on China, a source outside the bureaucracy said.

"DFAT fears the consequences of Australia's standing and national interest if the government is too hawkish," the person said.

The Morrison government in the past week announced several initiatives aimed at countering China's influence in the region. These included the US and Australia jointly developing a naval base at Papua New Guinea, and the US, Australia, Japan and New Zealand committing to a big infrastructure program to connect 70 per cent of PNG to electricity by 2030.

Japan and Australia signed a series of Memorandums of Understanding to fund infrastructure in the Pacific and advanced talks on a more substantive agreement, which would facilitate larger and more regular joint military exercises.

Despite the "Pacific pivot", the Morrison government's rhetoric on China has been softer than under Mr Turnbull's leadership.