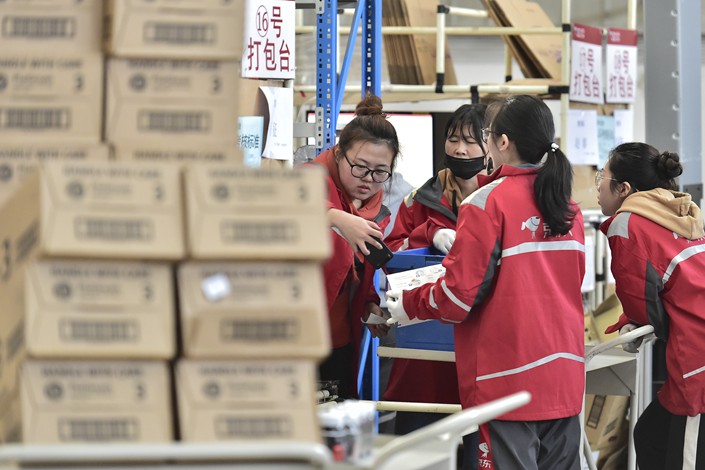 The Chinese government is raising the amount of money that people living in major cities can spend tax-free on overseas goods via e-commerce platforms by 30%, as it looks to stimulate consumer spending amid trade tensions with the U.S.

Starting in January, the annual tax-free quota for individual consumers will rise to 26,000 yuan ($3,750) from 20,000 yuan, according to a statement (link in Chinese) posted by the State Council, China’s cabinet, on Wednesday. The policy also raised the limit for a single transaction to 5,000 yuan from 2,000 yuan.

The announcement came after Chinese Premier Li Keqiang chaired a State Council executive meeting the same day, at which it was decided that existing policies on e-commerce retail imports would be expanded to “broaden opening-up and stimulate the potential of domestic consumption demand.”

At the first China International Import Expo in Shanghai early this month, President Xi Jinping vowed to rebrand China as an importer to fend off complaints from the U.S. that the country has long maintained a trade deficit with trading partners.

The statement said the policy will be expanded from 15 cities to 22 cities, such as Beijing, Shenyang, Wuhan and Xiamen.

In the first half of 2018, Chinese people spent a total of 1.03 trillion yuan on imported goods through e-commerce platforms, according to a Thursday report from the Electronic Commerce Research Center (ECRC). It predicts the figure for the whole year will hit 1.9 trillion yuan, a 26.7% year-on-year increase.

“The new policy will expand the market pie,” said Cao Lei, an ECRC analyst in the report, adding that Chinese consumers tend to favor foreign products over domestic ones.

In the wake of the Beijing’s call for increased imports, Alibaba said it would seek to facilitate $200 billion worth of imports over its various e-commerce platforms over the next five years. Alibaba runs the popular Tmall and Taobao.

“The new rule represents the government’s recognition of the role of the e-commerce platforms (in boosting imports),” Wang Haoyang, an executive responsible for the cross-border business at Alibaba, was quoted as saying in the ECRC report.

As China has begun to crack down on undeclared imports of consumer goods by personal shoppers traveling overseas, known as daigou in Chinese or “buy on behalf,” more consumers are expected to turn to e-retailers for overseas nutritional products, baby milk formula and cosmetics.