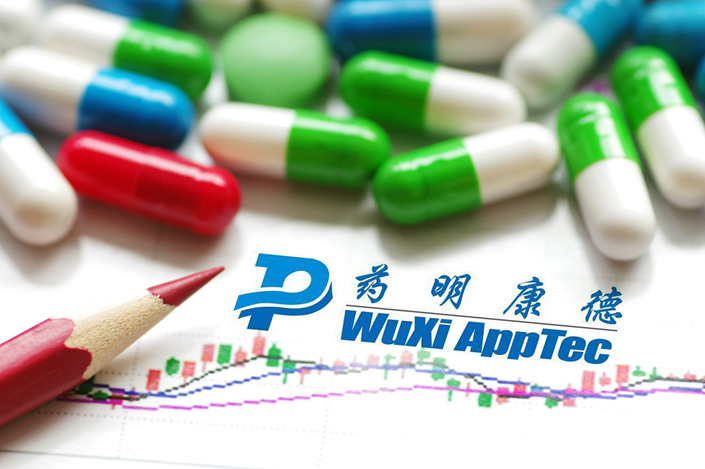 WuXi AppTec Co. Ltd., the hot biotech firm whose stock rose more than six-fold after its Shanghai initial public offering (IPO) in May, is aiming to raise another $1 billion through a listing targeting foreign investors in nearby Hong Kong, a knowledgeable source said on Thursday.

AppTec is among an emerging group of fast-growing Chinese biotech firms that are tapping financial markets both at home and abroad as investors bet on their potential. It is also one of the few among that group that is profitable, unlike most that are still losing money as their drugs go through clinical trials and await regulatory approval. The broader reality and negative market sentiment have led many such stocks to perform poorly after their listings this year.

AppTec has set a price range of HK$64.10 ($8.19) to HK$71.50 for its shares, which would allow it to raise up to $1.06 billion if the deal prices at the top of its range, said the source, speaking on condition their name not be used because the information isn’t public. If the deal receives a strong reception and an overallotment option is exercised, it could ultimately raise up to $1.2 billion, they added.

AppTec plans to issue 116 million shares in the offering, equaling 10% of its enlarged share capital. That would give the company a roughly $10 billion valuation if the deal prices strongly, which would still be lower than its market value of about $12 billion based on its current Shanghai stock price. Such gaps reflect differing sentiment towards a company in different markets, with China investors often giving higher valuations compared with the more international investors that dominate in Hong Kong.

Some 90% of AppTec’s shares from the Hong Kong listing will go to such international investors, while the remainder will be sold in Hong Kong, said the source, adding that the offering has already been oversubscribed. A final pricing is set for Dec. 6, with the stock set to start trading on Dec. 13.

AppTec made its Shanghai listing at a price of 21.60 yuan ($3.1) per share in May, and then saw the stock rise as high as nearly 133 yuan in its first three and a half weeks of trade on bullish sentiment towards the sector. That prompted the company to warn that its valuation might be getting overstated, and since then the shares have given back some of those gains and now trade at about 80 yuan.

AppTec’s Hong Kong listing is the latest in a recent wave dating back to the summer for biotech firms in the former British colony. The main catalyst behind that wave was a stock exchange rule change implemented earlier this year allowing money-losing firms from the sector to make such listings.

But many of those have performed poorly and now trade below their IPO prices. One of the first to list, Ascletis Pharma Inc., has seen its shares lose nearly half of their value from their IPO price in July. Reflecting the wavering sentiment towards the sector, AppTec’s final fundraising target of up to $1 billion is just half the $2 billion maximum it had originally aimed for when it first floated the plan back in July.

The company previously reported its revenue grew about 20% in the first half of this year to 4.4 billion yuan, while its profit jumped by 67% to 1.3 billion yuan.