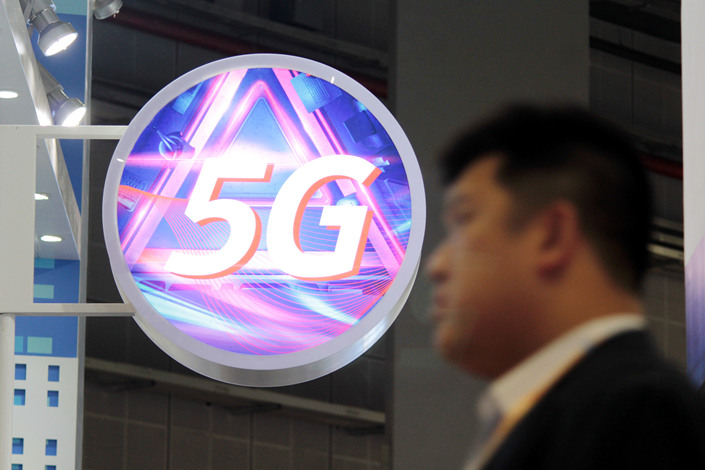 Beijing has confirmed speculation that China Broadcasting Network Co. Ltd. will be the country’s fourth 5G carrier, a development which an analyst described as “illogical.”

The telecommunications regulator, the Ministry of Industry and Information Technology, has agreed to China Broadcasting’s joining the 5G operator list, and the company is in the middle of applying for a license, said Nie Chenxi, head of the State Administration of Press, Publication, Radio, Film and Television.

Nie made the remarks at a government meeting last week, the details of which were made public on Monday.

This announcement confirmed a Caixin report last month that state-owned China Broadcasting had emerged as a potential fourth operator.

China Broadcasting was formed in 2014 by combining many of the country’s regional cable-TV operators. It was originally set up to run cable networks but was granted a license to operate internet and telecom services in 2016.

China has been racing to develop 5G technology after trailing its foreign counterparts in setting wireless standards for the current 4G system.

The country intends to start testing commercial-quality 5G wireless services next year and could roll out national commercial networks in 2020.

Analysts have questioned the wisdom of awarding a fourth 5G license in a market that is already well-served by the three big state-owned carriers, given the significant expense of building a fourth wireless network.

According to Mitchell Kim, a Hong Kong-based analyst with Maybank Kim Eng Securities, “it’s illogical” to have a fourth operator since the sector is already very competitive, and the government does not need to generate revenue by selling off a new spectrum.

“We all have seen the challenges of the smaller players in (the) mobile (sector) as they are always at a disadvantage on capex (capital expenditures) when competing against the large China Mobile,” Kim said.

Building 5G infrastructure from scratch could cost China Broadcasting as much as 100 billion yuan ($14.4 billion) per year, and the company will likely have to endure many years of losses before breaking even is a possibility, he added.

Telecom industry analyst Fu Liang said China Broadcasting has a great hurdle to overcome — it has to convince consumers that they should switch to its services from the current three carriers to which they have grown accustomed.

Some analysts suggested China Broadcasting should target niche sectors such as the industrial internet or autonomous-vehicle industries — market segments that would not cannibalize existing operators’ revenues.

Earlier media reports said the authorities are set to officially award the four 5G licenses at the beginning of next year.