By Chen Mengfan and Timmy Shen 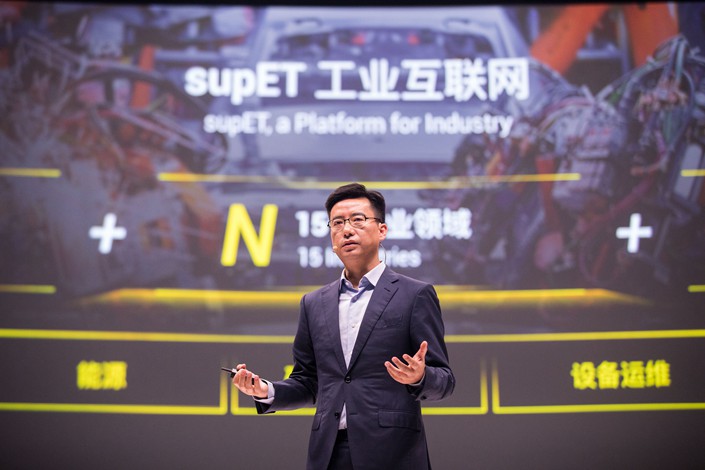 Hu Xiaoming took over the job at the Alibaba Group Holding Ltd. affiliate after three years at the helm of its cloud computing unit, Alibaba Cloud, Ant Financial announced Thursday. The position had been vacant since former Ant Financial President Jing Xiandong was elevated to CEO in October 2016.

Hu joined Alibaba in 2005, and has served in multiple management roles at both the tech giant and Ant Financial. Prior to his tenure at Alibaba Cloud, Hu was Ant Financial’s chief risk officer from November 2013 to October 2014. Before getting into tech, Hu worked for more than 10 years at several financial institutions, including China Construction Bank and China Everbright Bank.

Under Hu’s leadership, Alibaba Cloud transformed itself from a technology-focused firm to a more commercialized entity. In the second quarter of 2017, its number of paid users surpassed 1 million for the first time since the business was established in 2009. For this year’s third quarter, Alibaba Cloud reported its total revenue jumped 90% year-on-year to $825 million.

Jing welcomed Hu’s return to Ant Financial. In an internal letter, Jing said that he hoped that Hu would make new breakthroughs in Ant Financial’s inclusive financial development and its credit system.

Ant Financial, which runs the online payment platform Alipay, has been in the spotlight of late. News broke this week that it could make a list that China’s financial regulators are compiling of companies that are so big and so connected that they could threaten the stability of the financial system. Alipay has more 700 million annual active users in China, according to its latest earnings report.

In June, Ant Financial completed a $14 billion financing round that increased its valuation to $151 billion, almost double the market capitalization of investment bank Goldman Sachs.

Leng Cheng contributed to this report.