Ant Financial Braces to Be Regulated as Financial Holding Company 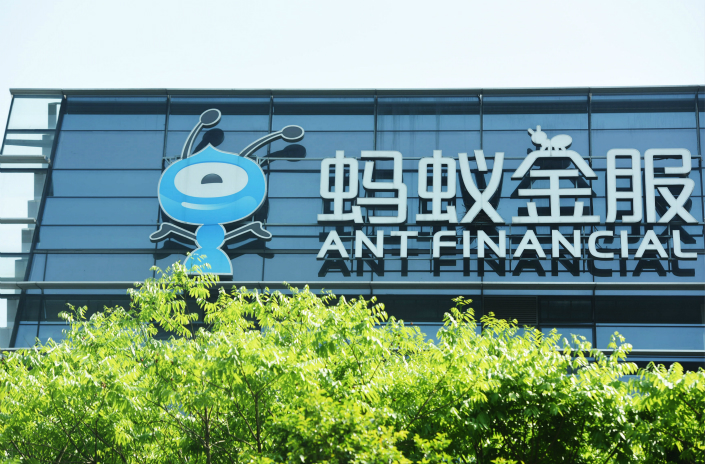 (Beijing) — With regulations on financial holding companies expected to come out later this year, one nontraditional financial company has been feeling the heat.

With a systemically important presence in the financial industry, Ant Financial Services Group is one of five companies involved in a pilot program that the central bank started in December to test new rules for financial holding companies, Caixin has learned.

Ant Financial has developed rapidly. It now operates the world’s largest money market fund, which has more than 1.7 trillion yuan ($266 billion) in assets. The company now serves more users than some of China’s largest banks, which themselves are considered global systemically important financial institutions by the Financial Stability Board, an international body that monitors the global financial system.

Ant Financial did not comment on the matter. However, a person inside the company told Caixin that although Ant Financial has many partners, few are connected through equity stakes, so it doesn’t have the related-party risks seen in traditional financial holdings companies such as Tomorrow Holdings Co. Ltd. and Anbang Insurance Group Co. Ltd.

Regulators should require more transparency, but ought to spare the company from capital requirements that would slow the company’s development, the person said.

Risks in financial holdings companies grew as they took advantage of a regulatory vacuum that allowed them to play the regulators off one another, transfer money between businesses to fund acquisitions, and sell products that risked undermining the stability of the financial system.

China’s financial regulators don’t have a clear definition of what constitutes a financial holding company, E Yongjian, chief financial analyst at the Bank of Communications, told Caixin earlier, suggesting that any company that operates businesses in more than two areas of finance, such as banking, insurance, securities and trusts, should be considered one.

Regulators are not going to require all financial holding companies to have the same capital adequacy ratio, a person with knowledge of the central bank’s draft rules told Caixin. But Ant Financial’s varied lines of business increase the complexity of formulating supervisory measures.

After the 2008 financial crisis, regulators started to bring large financial companies that don’t take deposits under their supervision, a senior financial expert at the World Bank told Caixin.

“China’s moves toward pilot programs for nonbank financial holding companies should be understood from this perspective,” the person said.

Regulators are unlikely to issue regulations that would smother the company’s growth, said Wang Qiang, a senior vice president at Wells Fargo. “Ant Financial and WeChat Pay have only just started their internationalization push and need to compete with global card organizations and companies like PayPal,” he said.

Of the five companies in the pilot program for financial holding companies, Alibaba-affiliated Ant Financial is the only one linked to an internet company. The other firms include central-government-owned China Merchants Group, private company Suning Holdings Group Co. Ltd., and two state-owned enterprises.

Alibaba’s main competitor, Tencent Holdings Ltd., was not included in the pilot program despite having stakes in a number of financial firms including online bank WeBank, Futu Securities, Howbuy Fund and WeChat Pay.

“(The regulators are taking this) one step at a time, but new financial industry companies should be included as early as possible,” a person close to regulators told Caixin.

Ant Financial and other internet finance firms have expanded rapidly, sometimes racing ahead of regulations.

For example, the rapid development of third-party payment services was fueled in part by lax regulations that allowed companies to deposit customer funds in banks to earn a healthy return.

However, by the end of June, third-party payment platforms will end their agreements with banks and transfer all customer funds to the central bank.