Ant Financial Crawls Out From Heap of New Regulation 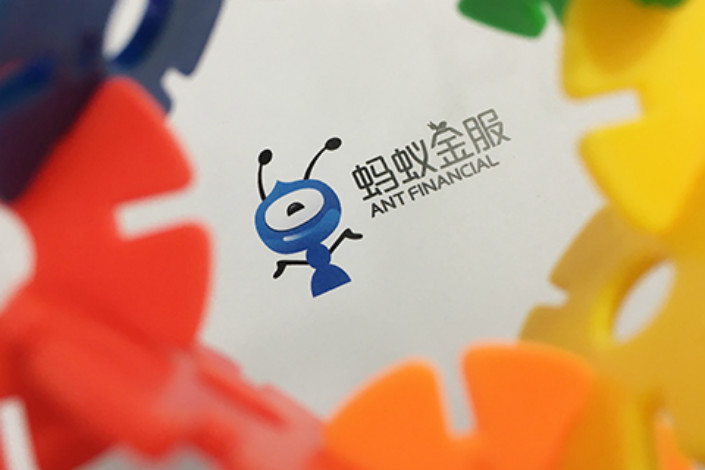 In March, the China Securities Regulatory Commission required all money market fund managers to set aside at least 0.5% of their net assets as provisions for bad debt, lowering returns for funds like Ant Financial's highly profitable Yu’e Bao. Photo: VCG

As Ant Financial moves toward an initial public offering that could be one of the largest for a new wave of Chinese financial technology (fintech) firms, the offshoot of e-commerce giant Alibaba Group Holding Ltd. is taking hits at two of its most promising new business segments.

Government curbs begun late last year have also put a damper on sales of debt backed by consumer loans, a major source of income for Ant’s Huabei and Jiebei online microloan services. The two microlenders brought in 4 billion yuan ($645 million) to 5 billion yuan in profits for Ant last year, helping to offset a slowdown after regulators curbed the inflow of funds to Yu’e Bao.

Ant is one of the oldest private companies in China’s financial services sector, which was previously dominated by big state-run banks. But Beijing has opened the sector in recent years to a new generation of private fintech companies that are better at serving the country’s booming private sector.

That explosion touched off a regulatory backlash last year over concerns that new companies might be taking on too much risk without proper protection.

In March, the China Securities Regulatory Commission (CSRC) required all money market fund managers to set aside at least 0.5% of their net assets as provisions for bad debt, lowering returns for funds like Yu’e Bao.

None of Ant’s other products, including personal credit scoring service Zhima Credit, lending marketplace Zhao Cai Bao, or online bank MyBank, were bringing anything close to the kind of profits as Yu’e Bao.

Huabei and Jiebei were also very profitable, finding a niche by focusing on instalment loans for consumer goods and personal loans. But their success depended on a business model that saw them originate loans and then quickly sell those loans off to other investors in packages as asset-backed securities (ABSs).

Huabei and Jiebei have dominated the consumer loan-backed ABS market, accounting for 91% of the market last year with the sale of 236.3 billion yuan of securities, according to data provider China Securitization Analytics (CSA). But that business took a hit late last year after new regulations announced Dec. 1 put a severe squeeze on those lenders’ ability to raise funds.

Following the December slowdown, most sales of new consumer loan-backed ABSs came to a near-complete halt in early January while everyone waited for regulatory clarity. In mid-January, Ant won regulatory approval to issue such ABSs, allowing it to resume that business.

Ant is currently in the pricing process of issuing new ABSs for Huabei, said the company, without disclosing additional details. A second batch of such products, worth 1 billion yuan and to be issued by Jiebei, is also under preparation, according to Ant. Both products will be traded at exchanges.

In its most recent funding round to raise $4.5 billion in April 2016, Ant was valued at more than $60 billion. The company is expected to be the next blockbuster listing of a Chinese fintech firm, although it hasn’t given a timetable for the planned IPO.