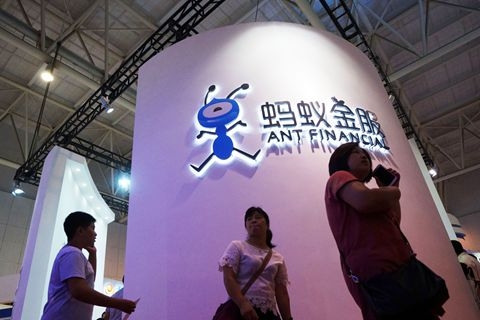 Ant Financial, the online financial service provider affiliated with Alibaba Group, confirmed to Caixin that it has resumed plans to issue asset-backed securities (ABS) supported by debts and receivables of its online microloan services Huabei and Jiebei.

Ant Financial has adjusted its online lending business to comply with the new regulatory requirements and thus won approval for the new ABS issuance, it said in a statement to Caixin.

On Dec. 1, financial regulators released a slew of new rules to regulate the microloan business and cap its borrowing costs and leverage ratio.

Regulators also barred banks from buying ABS backed by consumer loans and told brokerages to suspend the issuance of such products, in a move to prevent default risks from spreading to the formal banking system and squeeze lenders’ highly-leveraged expansion, Caixin learned from sources with knowledge of the matter.

Online lenders are now required to consolidate asset-backed securities onto their balance sheets and are subject to requirements that limit the ratio of debt to capital.

Ant Financial got the green light for the first batch of ABS backed by consumer credit on Jan. 15 for its Huabei platform. The securities are currently in the pricing process, said the company, without disclosing the size of the issuance.

The second batch of such products, worth 1 billion yuan ($156 million) and to be issued by the Jiebei unit, is also under preparation, according to Ant Financial. Both products will be traded at exchanges.

Through Huabei and Jiebei, Ant Financial has dominated the market for consumer loan-backed ABS. It accounted for 91% of the total issuance in 2017, with the sale of 236.3 billion yuan of such securities, according to data from China Securitization Analytics (CSA).

A source close to the National Association of Financial Market Institutional Investors, a self-regulatory organization, told Caixin that the ban on consumer loan-backed ABS issuance in the interbank market has remained unchanged.

Jiebein, affected by the tougher rules, had halted its plan to sell 3 billion yuan worth of ABS on the interbank market on Nov. 30.

As part of the strategy to comply with the new rules, Ant Financial on Dec. 18 said it had increased the registered capital of its two microloan units from a combined 3.8 billion yuan to 12 billion yuan.

A source close to the China Securities Regulatory Commission said the capital injection and the market’s longing for good investment products prompted the regulator to give the go-ahead to Ant Financial.

But an ABS analyst told Caixin that even with the capital injection, Ant Financial’s online lending units fell short of debt-to-capital ratio requirements.

In 2017, sales of consumer loan-backed ABS issued by companies surged by 310% from the previous year to 258.5 billion yuan, according to CSA data, as online lenders ramped up their business. But the rapid growth triggered regulators’ concerns about issues such as excessive lending, repeat borrowing, improper debt collection, abnormally high interest rates, as well as privacy violations.

As regulators tightened their grip, sales of such products slid to 11.7 billion yuan in December 2017 after hitting a record high of 51.2 billion yuan in November, according to CSA. No ABS-backed by consumer loans have been issued so far this year, the data show.