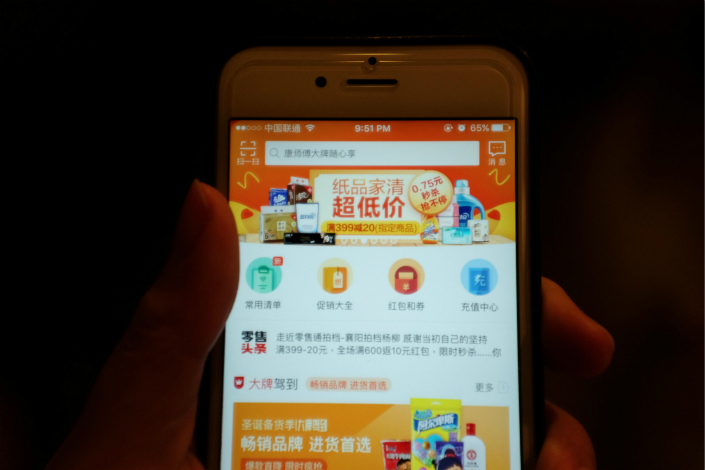 As a consumer-to-consumer (C2C) marketplace, Alibaba’s Taobao website is particularly prone to trafficking in pirated goods, since most sellers on the site are mom-and-pop operations that are difficult to police and control. Photo: Visual China

E-commerce giant Alibaba said it has become a “scapegoat” in a growing tide of U.S. protectionism, after its popular Taobao website ended up on an annual list from Washington critical of marketplaces with unacceptable levels of trafficking in pirated goods.

Taobao’s name returned to the annual list of “Notorious Markets” for piracy for a second year in a row, in a list published on Friday by the U.S. Trade Representative’s Office (USTR). The office commended Alibaba Group Holding Ltd. for its anti-piracy efforts over the past year. But it also noted: “A high volume of infringing products reportedly continue to be offered for sale and sold on Taobao.com and stakeholders continue to report challenges and burdens associated with (intellectual property) enforcement on the platform.”

Taobao’s appearance on the list marked a major setback for Alibaba, which was taking aggressive steps to clear up the problem and mounted a high-profile campaign to publicize that fact. As a consumer-to-consumer (C2C) marketplace, Taobao is particularly prone to such activity, since most sellers on the site are small mom-and-pop operations that are difficult to police and control.

In response to the move, Alibaba said it has become a political football for a current U.S. administration that has begun to promote protectionist policies. The appearance of Taobao on the list marks the second major setback this month for Alibaba founder Jack Ma, after his Ant Financial unit was also blocked from buying U.S.-based Moneygram International Inc. on national security grounds.

“As a result of the rise of trade protectionism, Alibaba has been turned into a scapegoat by the USTR to win points in a highly-politicized environment and their actions should be recognized for what they are,” Alibaba said in a statement given to Caixin over the weekend. “The USTR’s actions made it clear that the Notorious Markets List, which only targets non-U.S. marketplaces, is not about intellectual property protection, but just another instrument to achieve the U.S. government’s geopolitical objectives.”

Alibaba added that despite Taobao’s appearance on the list, which carries no legal implications, it would continue its own campaign against piracy. As a reflection of its efforts, it pointed to the fact that more than three-quarters of the world’s most valuable consumer brands do business on its platforms.

Alibaba’s disappointment at the latest setback contrasts sharply with earlier hopes for a more hospitable reception shortly before U.S. President Donald Trump took office about a year ago. At that time, Jack Ma became one of the first major Chinese business leaders to get a meeting with Trump, where the Alibaba chairman promised to create 1 million jobs by promoting U.S. companies in his online malls.