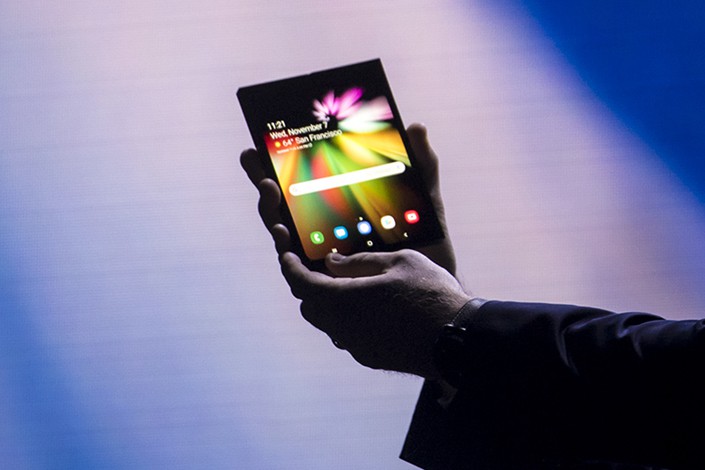 The CEO of a Samsung supplier and eight of his employees received 15.5 billion won ($13.8 million) after conspiring with two representatives of the Chinese company to transfer organic light-emitting diode (OLED) knowhow, according to a statement from prosecutors in Suwon. The names of the companies and individuals weren’t disclosed.

Intellectual property theft is a national concern for South Korea as it tries to maintain its narrowing technology lead over China. The Chinese mainland is pouring billions into becoming self-sustaining in areas such as memory chips and displays, two fields where Samsung is the world leader. Curved-edge OLED screens have become a signature feature of the Suwon-based company’s high-end Galaxy smartphones, including the Note 9.

The U.S. is also concerned about what it considers a state-backed campaign of technology theft by China. Earlier this year a former Apple Inc. engineer was arrested in the U.S. on charges of stealing driverless car secrets. Earlier this month Fujian Jinhua Integrated Circuit Co. Ltd. and Taiwan’s United Microelectronics Corp. were indicted on charges they conspired to steal trade secrets form Micron Technology Inc.

In a statement, Samsung Display said it was “shocked at the results of the investigation by prosecutors, at a time when competitors are intensifying their technological rivalry,” adding that it would keep a close eye on the trial.

The South Korean supplier transferred “3D lamination” technology and other equipment to the Chinese screen-maker between May and August, violating a non-disclosure agreement with Samsung, according to the prosecutors. They were caught while loading additional pieces onto a ship headed for the mainland, they said.

Prosecutors said the supplier sold the technology after its sales dipped and that the CEO set up a fake company headed by his sister-in-law. They accused him of building the equipment at another factory in an attempt to cover up the alleged plot.