Richard Liu’s Rape Accuser Says She Was Lured to Dinner With JD.com Founder 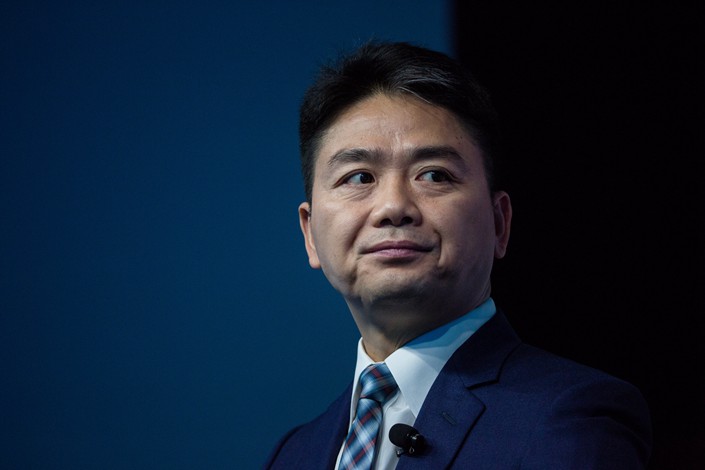 (Bloomberg) — It was a Thursday evening in late August and a crowd had gathered at the Origami sushi restaurant in Minneapolis. One guest, a 21-year-old female Chinese undergraduate at the University of Minnesota, was initially expecting a dinner in honor of volunteers like herself.

Instead, she found herself surrounded by more than a dozen Chinese executives, male attendees of a doctoral management program for which she had been volunteering. Among them was Charlie Yao, a Chinese businessman she had met days earlier — and who had invited her to the dinner. Yao asked her to take a seat next to Richard Liu, one of China’s wealthiest men and the CEO of e-commerce giant JD.com Inc. The student’s male guest was relegated to another table, alongside the executives’ assistants.

This account is based on documents, the female student’s statement to the police and her WeChat messages to a friend, which were reviewed by Bloomberg. Her attorney, Wil Florin, also talked to Bloomberg. The role played by Yao in inviting the student to the dinner, outlined here for the first time, sheds new light on the events that unfolded on Aug. 30 and culminated early the following morning, when the young woman alleges that she was raped by Liu in her apartment. Liu has denied the allegations. Yao, who has not been accused of wrongdoing by authorities, couldn’t be reached for comment.

Over the course of the evening, wine flowed freely. Liu and other men at the table repeatedly toasted the woman, using the Chinese phrase “ganbei,” or “dry cup,” a strong encouragement in Chinese social and business settings to leave one’s glass empty. To her mind, she was being “forced” to drink alcohol, she wrote to a friend via the WeChat messaging tool the following day. “Why didn’t one of these wealthy older CEOs act like a mature CEO and protect her, rather than culturally coerce her to drink?” Florin said.

Liu, who was arrested the following evening and held for almost 17 hours before being released with no charges filed, returned to China soon after. “This version of events is filled with unsubstantiated information, from sources who clearly have an agenda,” said Jill Brisbois, Liu’s attorney. “Because of the ongoing investigation, Richard cannot defend himself in the media. We would urge everyone to wait for the prosecutor’s determination instead of continuing to present a one-sided and inaccurate narrative. When all of the relevant evidence is disclosed, Richard’s innocence and the full story will become apparent.”

A JD.com representative didn’t immediately respond to a request for comment and instead referred to a previously released statement, which says in part that Liu had been “released without any charges, and without requirement for bail.”

The Minneapolis Police Department completed its investigation and in September turned the case over to prosecutors in the Hennepin County Attorney’s office, the county attorney said at the time. Prosecutors are now weighing whether to file criminal charges. In a criminal case, prosecutors must prove guilt “beyond a reasonable doubt,” in legal parlance. In civil cases, the plaintiff need only show it’s more likely than not that the accused committed the wrongful act.

News of the rape allegations has sent shock waves across the globe and adds to concerns surrounding the role of men in corporate leadership. In a little more than a year since the #MeToo movement took hold in the U.S., allegations of sexual harassment and sexual assault have been lodged against more than 400 men, the majority of them Americans, and have ended the careers of prominent businessmen, journalists and entertainers.

Investors in JD.com have taken notice, and the company’s stock has dropped 33% since the end of August. Liu’s outsize control of voting rights closely links the company’s fate to his own, analysts have said. “When people think about JD, they think about Richard Liu because he is the visionary founder,” said Mitchell Kim, an analyst at Kim Eng Securities in Hong Kong. “Investors pay attention to the name and we all assume that he’s the one that directs the strategic vision of the company.” Kim added that, “if he were to get indicted, there would be further backlash against the stock.”

Another participant was Yao, chairman of Shenzhen-based Jumbo Sheen Enterprises Group, an equity investment and fund management group, according to a document profiling students in the doctoral program. In her police report, the accuser said she met Yao earlier in the week through her role as volunteer coordinator of organized jogs. He earned her trust over several conversations and offered her a job at his company after her graduation, she said. Liu had asked Yao to ensure that the female student attend the dinner, according to Florin, of the law firm Florin Roebig. Yao didn’t respond to emails seeking comment. A receptionist at Jumbo Sheen’s Shenzhen headquarters said that Yao is traveling and declined to say when he would return. Yao is also on the board of Rici Healthcare Holdings. A Rici representative said the company couldn’t comment on this matter.

According to the female student’s WeChat messages and her statement to local police, dinner attendees drank copious amounts of alcohol. Her friend and Liu’s assistant, neither of whom is fully identified in the materials reviewed by Bloomberg, were asked to make two wine runs over the course of the evening, purchasing 32 bottles in total, according to the student’s attorney and photos and documents reviewed by Bloomberg.

At some point in the evening, the student’s male friend — also a volunteer — was called away to another dinner, a half-hour’s drive away, by another executive in the management program, Florin said. Later that night, she departed with Liu and traveled with him in a limousine to a location she couldn’t identify. In the back of the car, he tried to kiss her and pull off her clothes, she said in her statement. “You have wife, and you have kids,” she told him. “Don’t do this, I don’t want to do this.” After she repeatedly asked him to take her back to her apartment, he relented.

Some details in the police report were previously reported by the Minneapolis Star Tribune and Reuters.

Upon arrival at her apartment, she exited the vehicle, followed by Liu, who told his driver and assistant to wait in the car. Once inside, he tried to take her clothes off and throw her on the bed, and she was able to “escape from him” briefly, she said. She told him no and resisted his advances several times, according to her statement.

Liu then pressured her to take a shower with him. When she declined, he tried to pull her into the shower against her will. He emerged from the shower and proceeded to her bedroom, while she went into the restroom, locked the door and changed clothes that had become wet from the shower. When she came out, she found him naked on her bed. He refused to leave. Eventually, she said, "he threw me onto the bed” and “he held my shoulders so that I can’t move.” From there, he proceeded to have intercourse with her against her will, she told police.

She said she kept her bed sheets as evidence.