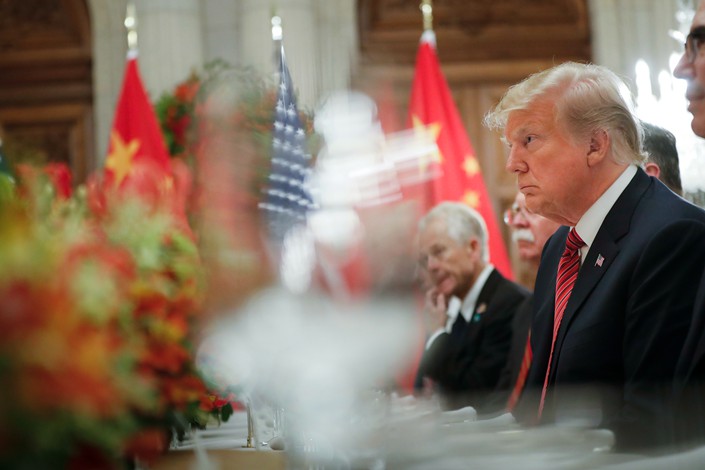 The meeting between Xi and Trump on Dec. 1 turned out better than expected. According to both the White House statement and Chinese official reports, both sides agreed to enter into immediate negotiations on a broad range of structural issues in the next 90 days, and not impose additional tariffs in the meantime. The U.S. has agreed to not escalate tariffs further, including not raising the 10% tariffs on $200 billion of Chinese exports on Jan. 1, as originally scheduled. The Chinese have agreed to increase imports from the U.S. substantially, including immediately buying more U.S. agricultural products (most likely including soy beans); approve the Qualcomm-NXP deal should the case be presented again, and put Fentanyl as a controlled substance to help U.S. fight on the opioid epidemic.

Ceasefire positive for the near term outlook and yuan

While we had expected a ceasefire and a framework for further negotiations from the G-20 meeting, holding tariffs at 10% is better than expected. Although tariffs of 25% on $50 billion goods and 10% on $200 billion will remain in place, the ceasefire should reduce the negative effects of the trade war. In our Global Outlook, we wrote that full resolution of the trade war including the removal of the additional tariffs would add about 20 basis points to Chinese growth and push U.S. growth higher too. We are not yet at that happy outcome as the latest agreement does not undo all of the harm already in place, but first-quarter growth will likely be better than our current baseline forecast. As we wrote in the Global Outlook, we see asymmetric risks around tariff policy. Increases in tariffs have large negative effects while resolution does not undo the harm completely, as economies have difficulty bouncing back from the structural changes induced by the tariffs. In this case, the threat of future tariffs and potential increased restriction of exports and technology to China should continue to weigh on investment and sentiment in both countries.

Nevertheless, the better-than-expected outcome should help reduce near-term uncertainty and improve market sentiment. The ceasefire will also likely have implications for the Chinese yuan. We think mutual understanding on dollar-yuan exchange will likely be a part of any future trade agreement. As such, China will likely manage its exchange rate closely to keep it from depreciating much. As highlighted in our 2019 outlook, the dollar-yuan exchange rate will likely remain at 7 for longer in this case of a trade agreement or during the negotiation process.

The U.S. said both sides will enter into immediate negotiations on a wide range of structural issues including technology transfer, intellectual property protection, cyber intrusion, services and agriculture. China hopes the final agreement will lead to cancelling of all tariffs, the chance of which has increased now post the Xi-Trump meeting. Negotiations will be tough given the wide gap between the two sides on a number of issues. That said, China is very likely to increase imports of U.S. products and services to help reduce bilateral trade deficit, reportedly a key ask from the Trump administration. Moreover, domestic support for further market opening, better intellectual property (IP) protection and state-owned enterprise (SOE) reforms has increased in China in recent months. We think China is likely to agree to speed up market opening in a number of industries including services, telecommunication equipment, automobiles, agriculture and biotech. China hopes that such opening will help address U.S. concerns on technology transfer and IP protection.

China has already said that it would enhance IP court system and introduce punitive damage on IP violations. It is also possible that China will tone down specific targets on market share and domestic content in its Made in China 2025 plan, while agreeing to reduce subsidies to SOEs in related sectors.

The most positive takeaway from the Xi-Trump meeting is that both top leaders seem to want a trade agreement. We think this does increase the chance of a further de-escalation of the U.S.-China trade dispute. However, 90 days is a short period for negotiations on complicated structural issues, and some agreement will be difficult to verify beforehand. China’s offers on IP protection and adjustment of Made in China 2025 may not be enough for the Trump administration; if U.S. Department of Commerce is moving forward with new rules on technology export controls, it would make reaching a deal between the two countries more difficult.

If China and the U.S. fail to reach agreement in 90 days, the U.S. will raise the 10% tariffs to 25% and may move forward on additional tariffs. With the threat hanging over the trading relationship, business sentiment and investment decisions will likely be hampered in the first quarter of 2019, and firms may use the 90-day period to accelerate exports and seek non-Chinese sources of supply.