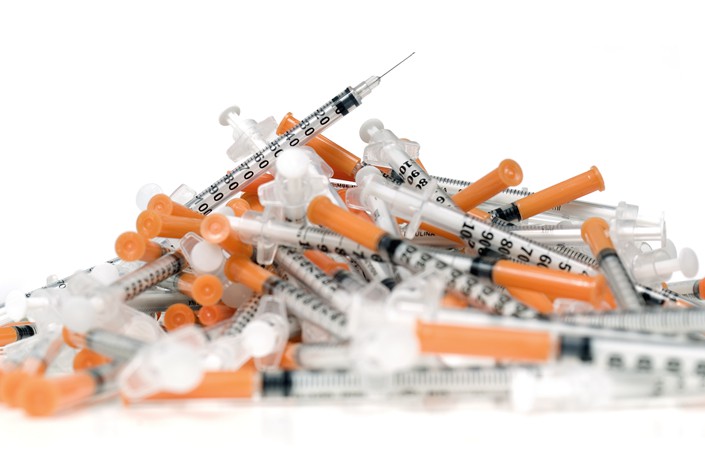 China has agreed to list the powerful synthetic opioid fentanyl as a “controlled substance” in a move that the White House called a “wonderful humanitarian gesture.”

The announcement came after a highly-anticipated dinner between U.S. President Donald Trump and President Xi Jinping at the end of the two-day G-20 summit in Buenos Aires on Saturday. The designation means people in China who sell fentanyl to people in the U.S. “will be subject to China’s maximum penalty under the law,” according to a White House statement.

In a statement after the meeting, Chinese Foreign Minister Wang Yi said only that the two sides had agreed to strengthen law enforcement and anti-drug cooperation, including for fentanyl, and that the Chinese side would tighten supervision and revise its rules on the drug.

A laboratory-made drug 50-100 times more potent than morphine, fentanyl is used legally as a pain medication and in anesthesia. But in the United States — a nation already ravaged by opioid abuse — fentanyl and its analogs have been described as an “epidemic within an epidemic.” In 2017 it contributed to around 29,000 of the nearly 50,000 opioid deaths and two-in-five of the total drug overdose deaths there, according to official statistics. It is often mixed with heroin and other drugs.

It has been difficult for the United States to control the substance as China is the largest source of fentanyl and fentanyl-like substances in the U.S., according to a recent report by the U.S.-China Economic and Security Review Commission.

This is in part because of how China regulates drugs and chemicals. Rather than a blanket ban on fentanyl and fentanyl analogues, Chinese regulators can only list banned chemicals one-by-one. When one chemical gets listed, manufacturers just tweak the compounds slightly creating analogues that have the same effect but go by a different name. This is how more dangerous and potent versions of fentanyl — including the even more potent carfentanyl — have managed to slip past regulators.

“It’s essentially a game of chemical whack-a-mole where regulators are always one step behind the manufacturers,” Sean O’Connor, the author of the Commission's report, wrote on Twitter on Dec. 2.

The U.S. and Chinese drug enforcement agencies began to cooperate on the control of synthetic opioids under former U.S. President Barack Obama. While China has since controlled more than one hundred versions of fentanyl, this has failed to stem the flow of the substance into the U.S.

The Trump administration has regularly included fentanyl control in trade negotiations in an effort to ramp up pressure. While visiting Beijing in November 2017, Trump and Xi discussed efforts to control exports of fentanyl from China to the U.S. Before the visit, U.S. Ambassador to China Terry Branstad told Chinese media that while China was actively cooperating with the U.S. on the issue, the U.S. was seeking more help to deal with “new derivatives.”

Speaking to reporters aboard Air Force One as he left Argentina, Trump hailed Xi’s decision to list fentanyl as a controlled substance, saying it could be a “game changer for the United States and what fentanyl is doing to our country in terms of killing people,” according to Bloomberg.

However, some experts expressed doubt that the new agreement would bring the necessary changes for meaningful control of the substance.

“I hope there’s more to the agreement, but I remain skeptical that Xi agreed to anything to meaningfully combat fentanyl flows,” O’Connor wrote on Twitter.