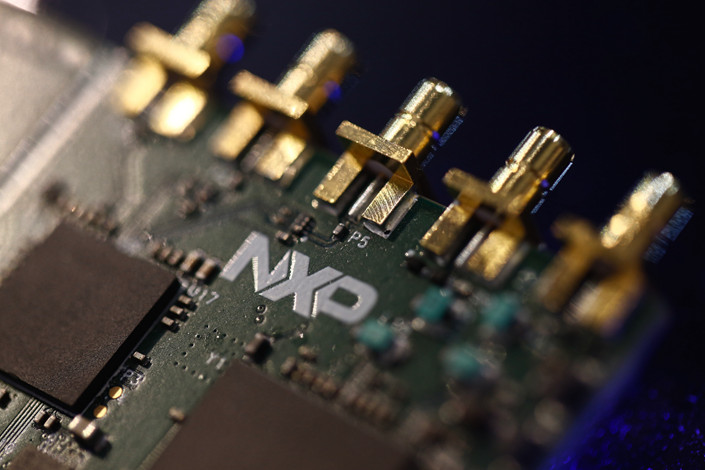 (Bloomberg) — Qualcomm Inc. ruled out any chance of a return to its abandoned bid for NXP Semiconductors NV after U.S. and Chinese political leaders appeared to open the way for possible approval of the transaction.

“While we were grateful to learn of President Trump and President Xi’s comments about Qualcomm’s previously proposed acquisition of NXP, the deadline for that transaction has expired, which terminated the contemplated deal,” the company said in an emailed statement. “Qualcomm considers the matter closed and is fully focused on continuing to execute on its 5G roadmap.”

Over the weekend, the White House said President Xi Jinping said he would consider approving a possible deal for Qualcomm to purchase NXP if it’s brought to him again.

Qualcomm scrapped its proposed $44 billion bid for rival chip-maker NXP in July after an almost two-year wait for approval, as tensions between the U.S. and China escalated. Chinese regulators declined to clear the deal, though the country later expressed regret over the transaction’s collapse.

The weekend comments were part of an agreement struck by Xi and U.S. President Donald Trump over dinner on Saturday in Buenos Aires, where the pair negotiated a temporary cease-fire in the tit-for-tat trade war between the world’s two largest economies. The statement about revisiting Qualcomm-NXP was included in the White House release, but not the one from the China side.

In a research note, Morgan Stanley analysts pointed out that “a lot has changed” since Qualcomm’s initial bid. While the semiconductor industry was in the midst of an up-cycle at that time, the industry is now in correction, they wrote.

That may mean that NXP’s board “could be open to the idea” of an acquisition if they are presented with another offer from Qualcomm, the analysts said. But Qualcomm has already paid a breakup fee in the deal and begun a $21 billion stock buyback program, they said, limiting its financial flexibility.