By Yang Ge and Han Wei 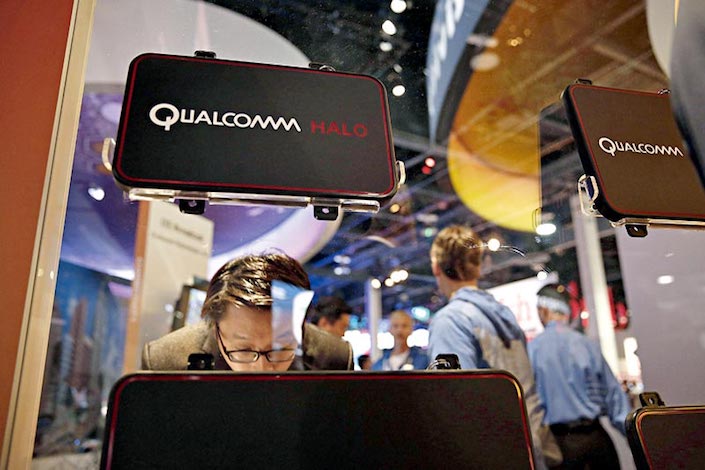 Qualcomm will have to pay NXP a $2 billion breakup fee. Photo: VCG

* What would have been largest-ever merger in semiconductor industry seen as victim of trade conflict between China and the U.S.

* However, China’s Commerce Ministry said delay in deal approval was antitrust-related, and not linked to Sino-U.S. trade frictions

(Beijing) — A non-extendable deadline for telecom chip giant Qualcomm Inc. to close its $44 billion bid to buy Dutch peer NXP Semiconductors NV passed without word of the necessary antitrust approval from China, indicating the deal was being scrapped.

The collapse of the deal, which was the largest-ever merger in the semiconductor industry when it was announced in October 2016, was seen as the biggest victim of the trade conflict between China and the U.S. Observers and media reports suggested Beijing was dragging its feet on the transaction amid the rising trade tensions.

Qualcomm CEO Steven M. Mollenkopf called the decision to move forward without NXP “a difficult one,” but added that continued uncertainty was leading to “heightened risk,” according to the transcript of a conference call where the topic was discussed just hours before the deadline. He added that the current geopolitical environment was unlikely to change in the near future.

“In the end, we determined this was the best path forward for our customers, partners, employees, and stockholders,” he said on the call. “To say the least, the 21 months since we announced the NXP acquisition have been volatile. In spite of all the potential distractions, Qualcomm and NXP leadership remained focused on laying the foundation for the successful integration of our two companies.”

Qualcomm had set a non-extendable deadline of 11:59 p.m. U.S. Eastern time on Wednesday, equivalent to 11:59 a.m. Thursday in Beijing. But that time passed with no new information received in the hours before or after. Ministry of Commerce spokesman Gao Feng said at a regular briefing on Thursday that developments surrounding the deal were antitrust related, and unrelated to current U.S.-China trade tensions, according to a transcript on the ministry’s website.

The deal’s collapse will force Qualcomm to pay NXP a $2 billion breakup fee.

Qualcomm first offered to buy Netherlands-based NXP for about $38 billion in October 2016 but faced resistance from some NXP shareholders. Qualcomm later raised its bid to $44 billion.

The takeover of NXP could have helped Qualcomm, which provides chips to Android smartphone makers and Apple, expand into new markets such as automotive chips.

The deal had received antitrust clearance in all markets except China, which accounted for nearly two-thirds of Qualcomm’s global revenue last year. Its Chinese clients include ZTE Corp., a major telecom-equipment maker hit by a crippling ban by the U.S. in April. The ban was lifted after ZTE agreed to pay $1 billion fine and reshuffle its management.

Beijing expressed concerns about the combination and in April asked the two companies to resubmit their plan. The pending decision from China forced Qualcomm and NXP to extend their closing deadline numerous times. The last extension was announced July 20.

While the Qualcomm deal was pending, Beijing approved two other microchip purchases involving American companies after the trade tensions flared. Beijing approved the sale of Toshiba Corp.’s chip unit to a U.S.-led consortium in May, and Microchip Technology Inc. was cleared to acquire Microsemi Corp.