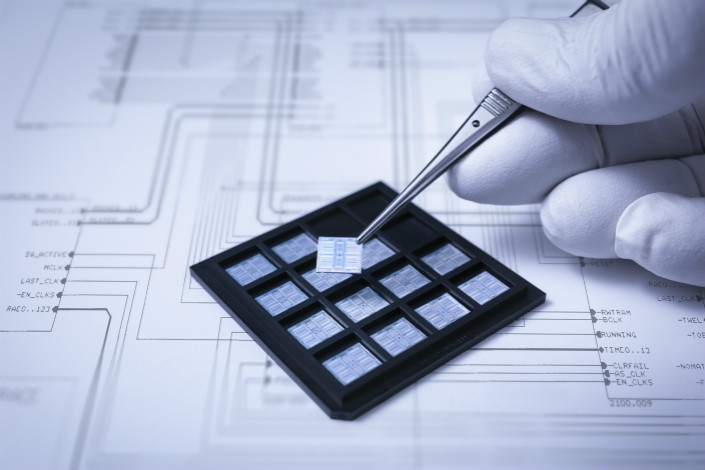 Microchip first announced its plan to acquire Microsemi in March, in a deal that valued its U.S. peer at $8.3 billion. But speculation over the deal’s fate began to swirl early this month when the company still hadn’t received clearance from China’s anti-monopoly regulator, as foreign media cited unnamed sources saying such reviews had been halted due to bilateral trade tensions.

The U.S. administration of President Donald Trump is pressuring Beijing to create a more balanced trade relationship, and in early April threatened protective tariffs on up to $50 billion worth of Chinese imports if the two sides fail to reach an agreement. Since then, the pair have held one round of high-level talks in Beijing, and are holding another this week in Washington , with the Chinese delegation led by Liu He, one of the nation’s vice premiers and top economic advisor to President Xi Jinping.

Microchip said its purchase was cleared by China’s Ministry of Commerce, which reviews deals for anti-trust implications. It added that it has already received similar clearance in Japan, the Philippines, Austria and Germany, but is still awaiting approval in Taiwan.

“Assuming the timely receipt of the remaining regulatory approvals and the satisfaction of the other closing conditions, Microchip anticipates that the merger will be completed in late May/early June 2018,” it said in a statement.

High-tech microchips, which power everything from smartphones to microwave ovens, have emerged as a lightning rod in the ongoing trade tiff between Washington and Beijing. Trump’s administration has blocked the purchase of several U.S. and other Western semiconductor firms by Chinese buyers, saying such sales could pose a national security risk. Such purchases are strongly supported by Beijing, which is trying to build up its high-tech sector as it moves to higher-margin businesses from its strength in traditional low-end manufacturing.

While the Microchip deal received a relatively speedy review, a much larger and older deal that has yet to receive Chinese clearance would see U.S. telecom chip giant Qualcomm Inc. purchase Dutch firm NXP Semiconductors NV for $44 billion. That deal was announced in October 2016, but has yet to receive approval in China. Last month China’s regulator said it would review the deal in a fair and transparent manner, after asking Qualcomm to resubmit its proposal to address some of the agency’s concerns.