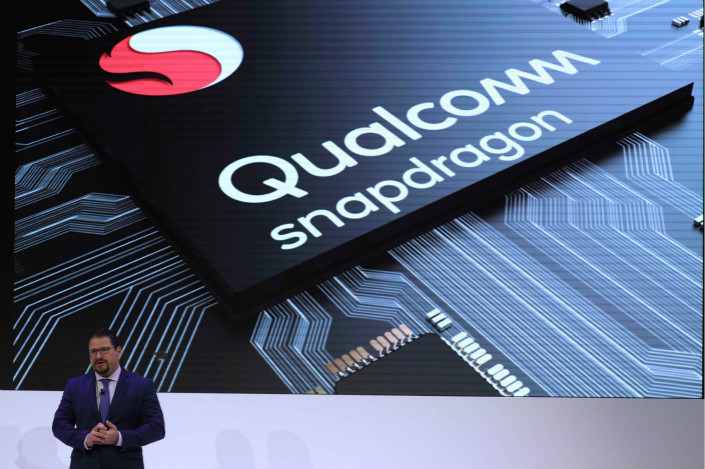 A Chinese regulator said it will review Qualcomm Inc.’s purchase of NXP Semiconductors NV in a “fair and transparent” manner but it will take time, casting doubt on whether the $44 billion deal will be able to meet its deadline in July.

The transaction will have substantial influence on the industry and could damage market competition, so the ministry needs “a huge amount of time to investigate,” he said.

Qualcomm has resubmitted its application this week, and the ministry will follow up on the case in a “public and transparent manner” based on its anti-monopoly laws, Gao said.

Announced in October 2016, the proposed deal has been approved by regulators in eight of nine jurisdictions, with the latest green lights from the EU and South Korea in January.

China’s clearance is critical as the deal must be completed by July 25. If it isn’t closed by then, Qualcomm has to pay NXP termination compensation of $2 billion.

Foreign media outlets said China was delaying the approval to show its displeasure over recent trade friction with the U.S., since Qualcomm is an American company.

China “is standing in the way of an American computer chipmaker” completing the second-biggest technology deal in history, CNN reported.

The proposed takeover of NXP Semiconductors “is being held up by the Chinese government,” it said.

China and the U.S. have seen their bilateral tensions escalate recently, with Washington threatening to slap tariffs on Chinese goods worth $50 billion, while China has hit back that it would introduce measures of “equivalent strength and equivalent scope” against American products.

Earlier this week, Washington banned ZTE from buying components from American suppliers for seven years, on grounds that the company breached an earlier settlement reached for selling products to Iran.