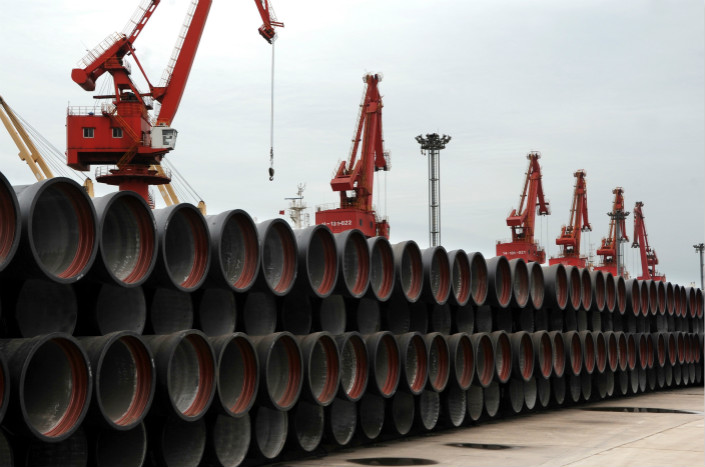 *U.S. insists WTO rules don’t support China’s requests for negotiations on tariffs on metal products, nor for punitive tariffs based on violations of intellectual property rights

(Beijing) — The U.S. has agreed to negotiate with China regarding their growing trade tensions, filings with the World Trade Organization (WTO) show, even as both countries continue to escalate matters.

The two nations have not yet held negotiations over the trade issues about which China has complained to the WTO, Chinese Commerce Ministry spokesman Gao Feng said at a news briefing Thursday.

Earlier this month, China requested talks with the U.S. under the WTO’s dispute-settlement mechanism. The request came after both sides had exchanged tit-for-tat tariff measures and threats over the past few months.

The U.S. said it is willing to formally consult China, although it insisted that WTO rules don’t actually support China’s requests for negotiations about tariffs that have been imposed on its metal products, nor for punitive proposed tariffs for intellectual property violations, U.S. filings published Tuesday on the WTO website showed.

After Washington imposed tariffs of 25% on steel products and 10% on aluminum products imported from countries that include China in late March, Beijing fought back in early April by imposing 15% to 25% in additional duties on 128 American product lines.

“The (U.S.) President determined that tariffs were necessary to adjust the imports of steel and aluminum articles that threaten to impair the national security of the United States,” said the U.S. in its WTO filing, claiming issues of national security are political matters not susceptible to review or capable of being resolved by the WTO.

When discussing its proposed tariffs on $50 billion of Chinese products in another filing, the U.S. argued that because it has not yet actually adopted any tariff measures that specifically target China, the issues raised by China cannot be described as “measures affecting the operation of any covered agreement taken within the territory of” a WTO member. Therefore, the filing argues, the U.S. is not currently required to engage in the WTO’s dispute resolution mechanism.

When asked about the U.S. filings, Commerce Ministry spokesman Gao told reporters that a consultation is a necessary procedure under the WTO’s dispute settlement mechanism, and the U.S. is required to respond to China’s requests within 10 days under WTO rules.

Trade tensions between the world’s top two economies have repeatedly escalated in recent weeks. China announced Tuesday a hefty anti-dumping tax on imports of the grain sorghum from the U.S., hours after the U.S. banned Chinese telecom equipment-maker ZTE Corp. from buying components from American suppliers.

“We expect the tariffs implemented so far by the U.S. administration to have a direct but contained effect on China’s economy,” said analyst Lillian Li and her colleagues with Moody’s Investors Service in a research note. However, certain tech-related manufacturers in China will likely be hit directly by the latest proposed tariffs, and supply-chain effects could magnify the tariffs’ impact on China’s economy, they said.