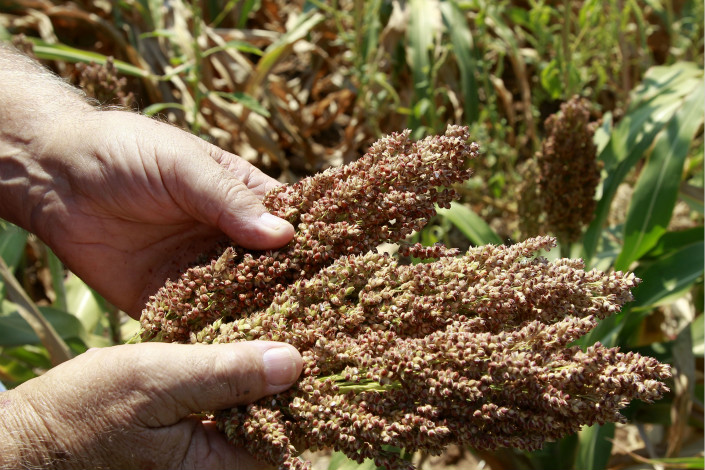 The announcement underlines the re-escalation of trade tensions between the world’s two largest economies just as they had appeared to calm.

Preliminary findings from a government investigation that started in February showed that American companies have been selling sorghum in China at prices under market value, a practice known as “dumping,” the Ministry of Commerce said in a statement.

In response, China will impose a 178.6% tariff on the grain from the U.S., with the proceeds to be paid by importers as a “deposit” until a final ruling is made, according to the statement.

If the preliminary ruling is overturned, the deposits will be repaid to the importers, according to World Trade Organization rules.

“U.S. grain sorghum has been dumped in the China market at a rather significant margin, which has had a severe impact on the domestic industry,” Wang Hejun, head of the ministry’s Trade Remedy and Investigation Bureau, said in a separate statement.

Wang added that China’s imports of the product surged to 4.76 million tons last year from 317,000 tons in 2013, while their price declined by 31% over the period to $200 per ton in 2017, which has caused “material damages” to Chinese producers. In the first 10 months of last year, U.S. sorghum had a 55.5% market share in China, according to the latest commerce ministry data.

The ministry’s ruling came just hours after U.S. Secretary of Commerce Wilbur Ross announced that ZTE has been prohibited from buying components from American suppliers for seven years as punishment for selling its products to Iranian and North Korean firms.

The moves could ratchet up a trade dispute between the world’s top two economies even though the presidents of both countries have recently made gestures to tone down weeks of tit-for-tat exchanges between their governments.