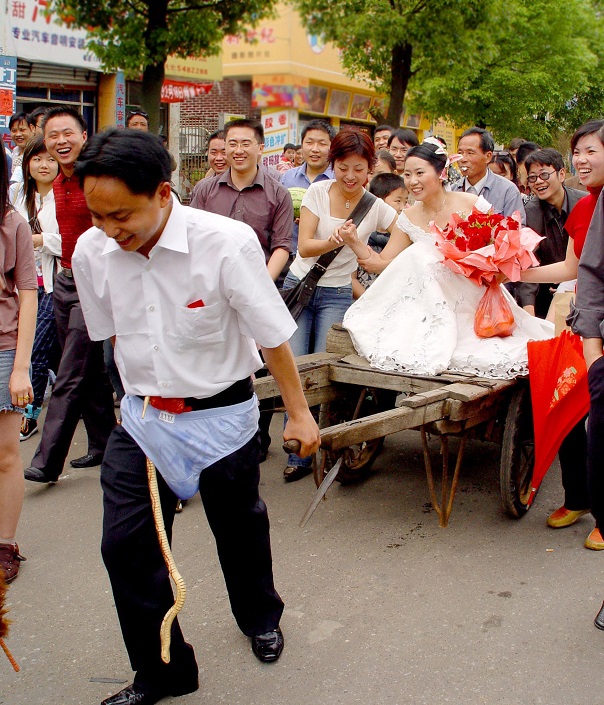 The ministry is determined to clamp down on the over-the-top ceremonies, sky-high betrothal gift prices and “raucous” events popular in parts of the country, state broadcaster CCTV reports. Instead, couples and families are encouraged to have “traditional” ceremonies “rich in meaning.”

Ministry officials held a conference recently to discuss marriage custom reforms, according to this statement, which calls many recent ceremonies “money-worshipping” and “morally degenerate.”

Extreme marriages make headlines in China from time to time – especially when the tradition of pre-wedding hazing goes horribly wrong. One groom in southern China was hit by a car while running on a highway nearly naked and covered in ink after his friends threw eggs, beer and ink at him as a pre-wedding prank, the South China Morning Post reported Thursday.

A “national bride price map" showing what grooms' families are expected to bring to the marriage went viral on Weibo a few years ago, according to Hebei News Radio. The map showed prices of as much as 200,000 yuan ($29,142) plus an apartment in some parts of the country.