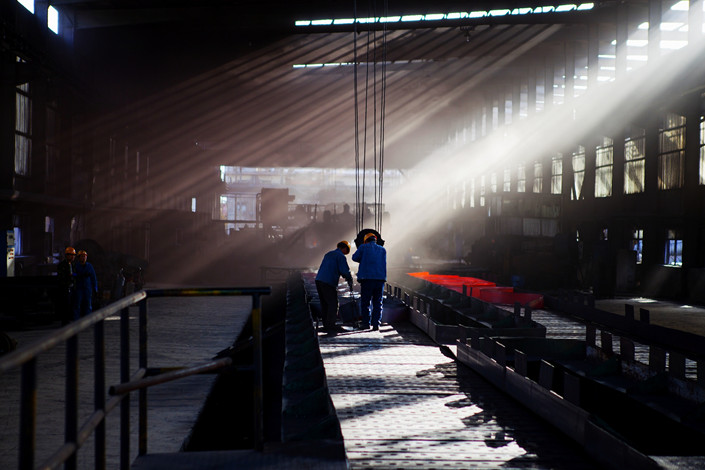 China wants to kill off — or possibly revive — its lurching horde of “zombie” companies by 2020.

The central government has given local governments and state-owned asset management departments three months to submit a list of money-losing companies and has required that they be restructured or disposed of by the deadline.

The deadline shows that the issue of China’s immense corporate debt, especially at state-owned enterprises (SOEs), remains on the government’s agenda. According to the latest Ministry of Finance data, China’s SOEs had 113.9 trillion yuan ($16.5 trillion) in total debt as of the end of October, up 7.7% for the year.

Eleven top government agencies including the National Development and Reform Commission (NDRC) and the central bank issued the deadline in a joint notice Tuesday.

Zombie company is a term used to describe an unprofitable enterprise that would go out of business without ongoing bank loans or government support. Economists generally see them as a drain on the financial system and the economy as a whole. In early 2016, the State-owned Assets Supervision and Administration Commission (SASAC), which manages China’s most important SOEs, said there were 2,041 state-owned “zombie companies” operating at that time.

Tuesday’s notice urged such companies with a reasonable shot at returning to profitability to dispose of their debts through liquidation, restructuring, or mergers and acquisitions. It also required strategic investors to reduce their debt in zombie companies to a reasonable level.

The notice’s deadline is the government’s latest move in a year-long campaign to rein in the country’s skyrocketing corporate debt and reduce overcapacity in industries such as steel and coal.

Along those lines, China has been promising to improve its bankruptcy procedure for SOEs since at least 2016. However, the going has been slow because the government wants to avoid the social instability or massive unemployment that might result from shutting down too many of these companies in too short a time frame.

In August, five government bodies, including the central bank and NDRC, issued a joint statement promising to persist in their deleveraging efforts, such as accelerating the disposal of the debts of zombie companies, removing legal barriers to bankruptcy proceedings and improving an early warning system for corporate debt risks. In September, the State Council, the country’s cabinet, called on SOEs to reduce their debt ratio by 2 percentage points by 2020.