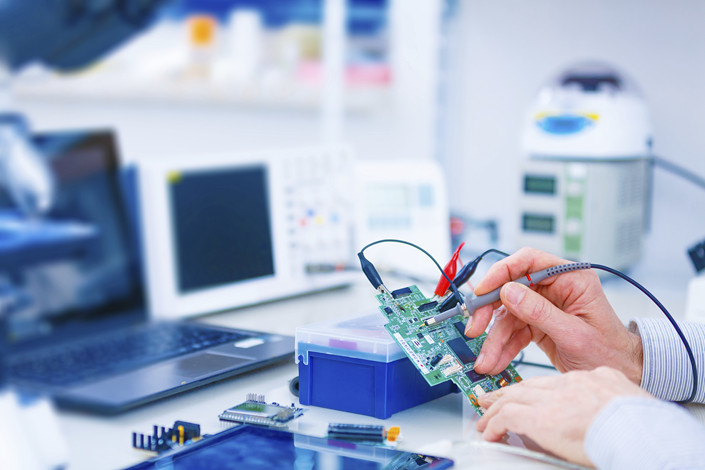 * China will begin by implementing items where consensus has been reached between Beijing and Washington, official says

China has started a campaign to crack down on infringements of intellectual property rights (IPR) as the government promised to act quickly on agreements reached between President Xi Jinping and his U.S. counterpart Donald Trump over the weekend that brought a truce to their trade war.

The apparent gesture of good faith by Beijing to live up to its commitments came after the two leaders agreed at their summit in Buenos Aires to put threatened new tariffs on hold as they negotiate to end a dispute over long-standing differences in trade, IPR and industrial policy. But Washington attached strings to the ceasefire, warning that if the two countries fail to strike a deal within the next 90 days, the U.S. will raise punitive tariffs on $200 billion worth of imports from China to 25% from the current 10%, an increase previously scheduled for the start of next month.

Economic and trade teams from both sides will “actively push forward consultation work in the next 90 days in accordance with a clear timetable and roadmap,” an unnamed spokesperson from the Ministry of Commerce said in a brief Q&A on its website on Wednesday. “The summit was successful. We are confident in implementing (what was agreed),” he said.

“China will start with implementing items where consensus has been reached. The sooner, the better,” the spokesperson said, in response to a question on the Chinese government’s priorities.

On Tuesday, 38 state agencies, including the National Development and Reform Commission (NDRC), the country’s top economic planning body, and the Organization Department of the ruling Communist Party, which controls the promotion of officials, announced that by the end of this month they will begin a coordinated campaign against IPR infringements.

IPR protection is a long-standing sore point in Sino-U.S. relations, and Trump has complained frequently about theft of American intellectual property by Chinese firms and that government policies force U.S. companies to transfer their technology to their domestic partners.

The move appears to be aimed at addressing U.S. concerns, although the joint statement (link in Chinese) unveiling the campaign was dated Nov. 21.

The authorities listed 38 unusually draconian punishments that will apply to both institutional and individual transgressors, with penalties to be imposed not only on business operations but also on the personal lives of perpetrators.

The National Intellectual Property Administration, which is the authority responsible for IPR, will share information with other agencies on a regular basis through the national credit information sharing platform. Offenders will be put on a blacklist that will be available on the internet at websites including www.creditchina.gov.cn.

The government agencies involved in the campaign will be given specific tasks — the People’s Bank of China, for example, will be responsible for adding IPR violators into its financial credit reference database and online credit scoring system.

Targets of the drive include persistent offenders, those who refuse to obey official rulings on IPR offenses, and those who submit fraudulent documents or certificates in their patent applications, according to the statement.

Authorities will restrict violators’ access to government procurement deals and to official financial support such as subsidies, and limit their ability to buy land from the state.

Penalties will also extend to financing. Records of IPR infringements will be taken into account during applications for loans, initial public offerings, bond sales and other financing tools. The NDRC will not accept applications from IPR violators to issue so-called enterprise bonds, which are mainly sold by local government financing vehicles and state-owned enterprises (SOEs), according to the statement. They will also be charged higher premiums when buying insurance.

IPR infringement will also lead to restrictions on acquiring control of or taking senior positions at financial institutions, being appointed to high-level posts at state-owned enterprises, and obtaining licenses to conduct “value-added telecom businesses,” such as internet content providers including those operating news websites. Punishment could also involve the imposition of temporary suspensions on production, export or import of relevant goods.

Individual offenders will face restrictions in getting employed by the government. Limits could be imposed on booking flights and high-speed train tickets, buying property, and even taking vacations if they do “not related to basic work or life needs,” according to the statement.