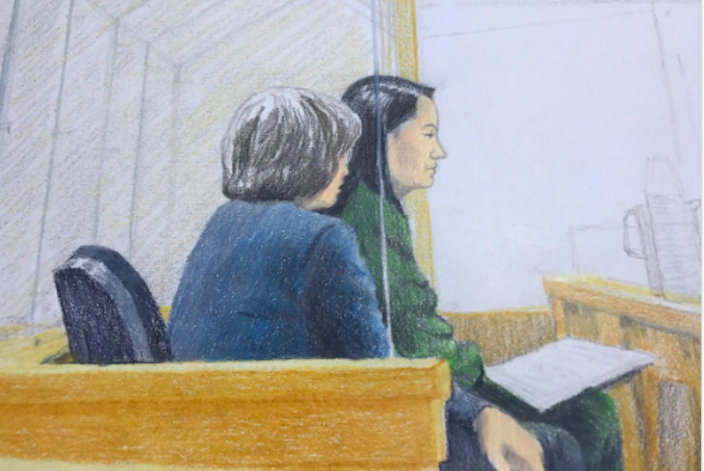 Meng Wanzhou, the chief financial officer of Huawei Technologies Co. Ltd., is accused of fraud offenses and faces an extradition request from the U.S., a bail hearing was told.

Crown counsel told a court in Vancouver the U.S. is seeking Meng’s extradition for offenses linked to violations of a company called Skycom. It’s alleged Huawei used Skycom, an unofficial subsidiary, to transact business in Iran, violating U.S. sanctions in place at the time.

The allegations were detailed at Meng's bail hearing in the Supreme Court of British Columbia on Friday morning. Meng appeared at the court in a dark green sweatsuit without handcuffs.

Meng, 46, is also a daughter of Huawei founder Ren Zhengfei and a deputy chair of the telecom giant. She was arrested Saturday while transiting through Vancouver International Airport for a trip from Hong Kong to Mexico, according to the court hearing.

The court on Friday lifted a publication ban that previously sought by Meng that prevented the release of further details of the arrest.