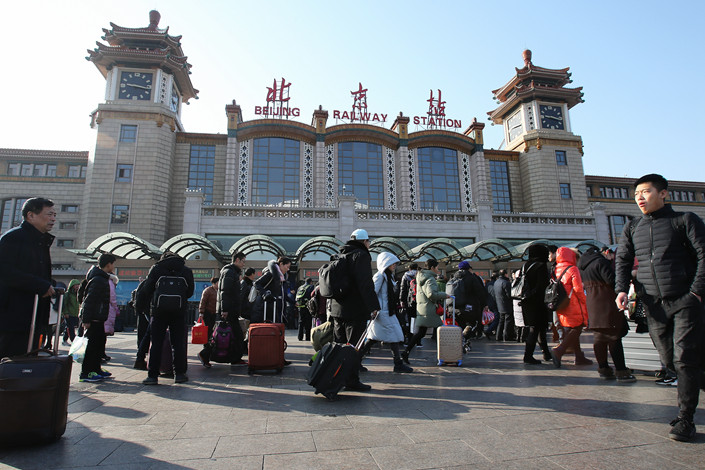 Beijing’s controversial efforts to squeeze out its population appear to have borne fruit for the municipal government, which has announced that the density of the city’s central districts has fallen up to 6.4% since 2013.

A report published by researchers from the Beijing Municipal Party School recorded that drop for both the Xicheng and Dongcheng districts, which are the most central districts in Beijing. Population density in four other urban districts — Chaoyang, Haidian, Fengtai and Shijingshan — also declined.

Beijing’s government has mounted efforts to reduce the city’s population in recent years, announcing last year that it would aim to cap the population at 23 million by 2020. One of the aims of a nearly 20-year urban plan is to reduce congestion in the center of the city.

According to official statistics, Beijing’s permanent resident population, which includes native Beijingers who hold “hukou” or household registration and non-native Beijingers who have legally lived in Beijing for six months or more, fell for the first time in 2017. The 2017 population was 21.7 million people, down 22,000 from 2016.

The average education level of those who remain in the city is on the rise. Between 2010 and 2017, the proportion of those registered to live in Beijing who have a college degree or higher increased to 37% from 33%, with 1 in 20 now holding a postgraduate degree.

Despite its apparent progress in population control, the Beijing government said recently it would still be tough to meet the 2020 target. Tan Xuexiang, the director of Beijing’s Development and Reform Commission, told the state-run Beijing Daily after a government meeting last month that city officials would continue to focus on decentralizing the city’s population, and on population control, to reduce density in central areas.

Critics have voiced concerns that housing reforms taken as part of the city’s urban plan for 2016 to 2035 have disproportionately affected Beijing’s most vulnerable. On Nov. 18, 2017, a major fire on the outskirts of Beijing killed 19 people — many of them migrant workers — spurring an eviction and demolition campaign that destroyed areas where many were living. Meanwhile “restoration” campaigns in the historic alleyways of Dongcheng and Xicheng districts which began in 2016 have demolished structures that often house lower-income people.

The Beijing government has maintained that city-sponsored efforts to clean up and refurbish certain areas are designed to crack down on illegal structures and businesses and improve safety.