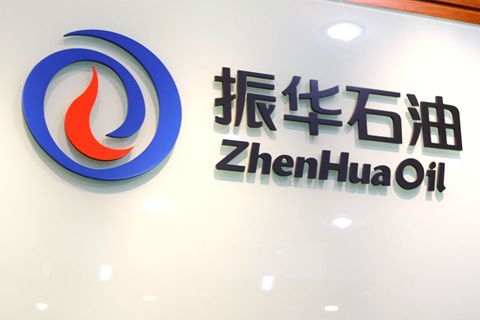 The deal expands the volume of crude oil available to China ZhenHua Oil. The 4% stake in the massive Abu Dhabi oil venture will give China ZhenHua access to more than 3.2 million tons of oil a year at the current production level. The volume will exceed 4 million tons a year when the oilfields reach their production plateau.

CEFC China ran into financial problems in early 2018 following the arrest of Chairman Ye Jianming for suspected economic crimes. CEFC's creditors, led by China Development Bank, which financed 80% of the Adnoc deal, over the past year have been selling off the conglomerate's global assets.

The 4% stake in Adnoc Onshore was transferred to North Petroleum International Co., a subsidiary of China ZhenHua Oil, Adnoc said Sunday on its website. Financial terms of the deal weren’t disclosed.

As a minority partner in the Adnoc project, the state-owned enterprise joins BP of the U.K. with 10%, Total of France with 10%, China National Petroleum Corp. with 8%, Inpex Corp. of Japan with 5%, and GS Energy of South Korea with 3%.

CEFC China bought the Adnoc assets less than two years ago when the UAE state-owned company offered 40% of the onshore block for sale. The agreement had a term of 40 years and involved a total investment of $1.8 billion. It was the first time that a Chinese company invested in an Abu Dhabi onshore oil and gas concession.

The onshore concession covers 14 oil fields in the hydrocarbon-rich Rub’al Khali Basin in the Arabian Peninsula. The concession area is the largest block ever developed in Abu Dhabi, accounting for half of the country’s oil and gas resources, both in terms of reserves and production.

CEFC China also signed a long-term supply agreement with Adnoc that would secure an additional 10 million tons of oil a year. It’s not clear whether China ZhenHua has also taken over the oil supply contract from CEFC China.

Production now averages around 1.6 million barrels of oil a day and 5.6 billion cubic feet of natural gas a day. The block is jointly managed by all shareholders. As part of the agreement, CEFC China participated in the decision-making and management of the oil fields. Total and BP bring technology and expertise to support the operation and development of the asset.

Adnoc said the ownership change was in line with the UAE leadership’s directives to grant access to Abu Dhabi’s oil and gas concessions to partners that offer technology, operational experience, capital or market access.

China Zhenhua Oil Chairman Liu Yijiang said his company will contribute its capabilities in technology, management and supply chains to the project.

Founded in 2003, China ZhenHua Oil is a unit of the state military group China North Industries Group Corp., which is indirectly owned by the Assets Supervision and Administration Commission of the State Council. The company operates 11 oil and gas exploration and production projects in six countries, including Egypt, Myanmar, Kazakhstan, Pakistan and Iraq. As of March 2017, the company had total assets of 47.8 billion yuan.